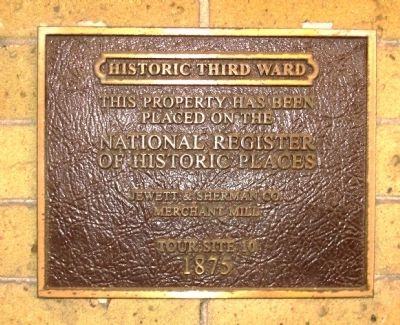 Topics. This historical marker is listed in this topic list: Notable Buildings. A significant historical year for this entry is 1875. 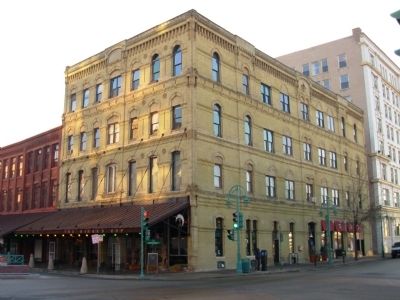 Regarding Jewett & Sherman Co. Merchant Mill. Constructed in 1875, the Jewett & Sherman Merchants Mills building was one of the few survivors of the 1892 fire. Jewett and Sherman was once one of Milwaukee's most prominent manufacturers of coffee and spices. The building underwent renovations in 1979 and is now home to the Third Ward Cafe. Several design firms and residential apartments occupy the upper floors. - Historic Third Ward Walking Tour brochure
Credits. This page was last revised on June 16, 2016. It was originally submitted on June 3, 2014, by Paul Fehrenbach of Germantown, Wisconsin. This page has been viewed 568 times since then and 63 times this year. Photos:   1, 2. submitted on June 3, 2014, by Paul Fehrenbach of Germantown, Wisconsin. • Bill Pfingsten was the editor who published this page.
Share this page.