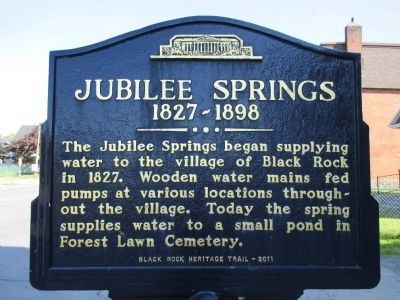 By Anton Schwarzmueller, June 7, 2014
1. Jubilee Springs Marker
The figure at the top of the marker is the Buffalo and Erie County Historical Society building.
Inscription.
Jubilee Springs. The Jubilee Springs began supplying water to the village of Black Rock in 1827. Wooden water mains fed pumps at various locations throughout the village. Today the spring supplies water to a small pond in Forest Lawn Cemetery. Black Rock Heritage Trail - 2011. . This historical marker was erected in 2011. It is in Buffalo in Erie County New York 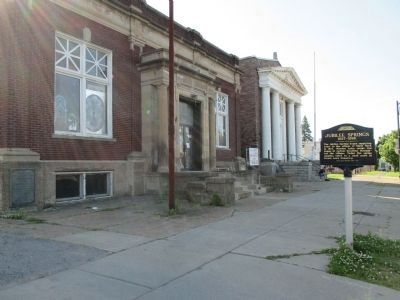 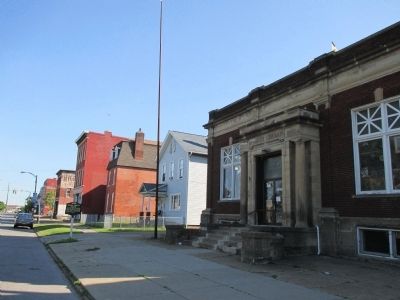 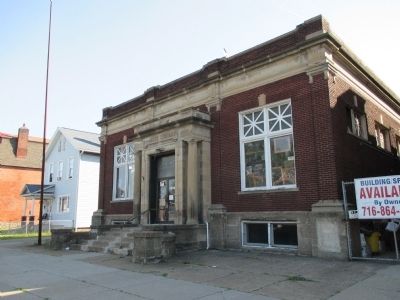 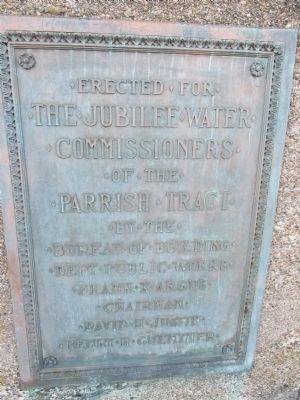