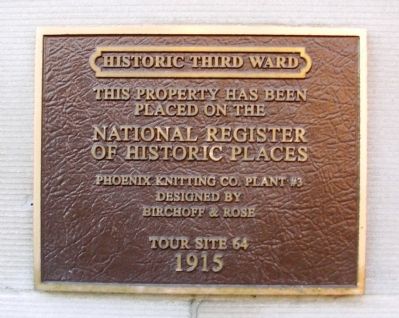 Topics. This historical marker is listed in this topic list: Notable Buildings. A significant historical year for this entry is 1915. 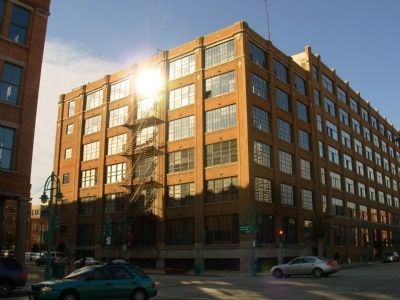 Regarding Phoenix Knitting Plant #3. Architects Kirchhoff and Rose designed the Phoenix Knitting Co. Plant #3 in 1915 for the manufacturer's knitting and stock storage operations. In 1985 the structure was renovated and renamed the Atelier. It now houses residential condominiums along with Fullhouse Media, an advertising firm. - Historic Third Ward Walking tour brochure
Credits. This page was last revised on June 16, 2016. It was originally submitted on June 19, 2014, by Paul Fehrenbach of Germantown, Wisconsin. This page has been viewed 299 times since then and 15 times this year. Photos:   1, 2. submitted on June 19, 2014, by Paul Fehrenbach of Germantown, Wisconsin. • Bill Pfingsten was the editor who published this page.
Share this page.