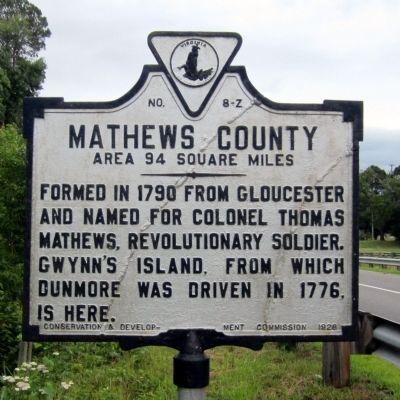 Mathews County. Area 94 Square Miles. Formed in 1790 from Gloucester and named for Colonel Thomas Mathews, Revolutionary soldier. Gwynn's Island, from which Dunmore was driven in 1776, is here.

Gloucester County. Area 223 Square Miles. Formed in 1651 from York, and named for Gloucester County, England. Bacon, the Rebel, died in this county, 1676. Gloucester Point was the outpost of Cornwallis at Yorktown, 1781.

Topics and series. This historical marker is listed in these topic lists: Government & Politics • Political Subdivisions. In addition, it is included in the Virginia Department of Historic Resources series list. A significant historical year for this entry is 1790. 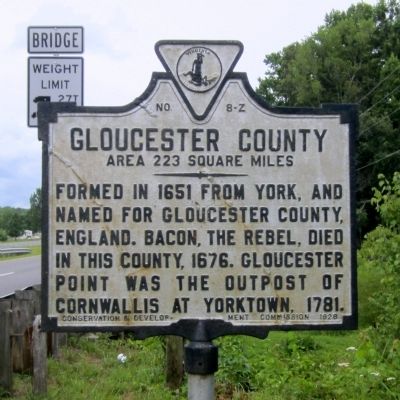 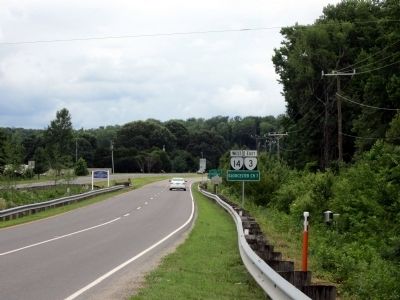 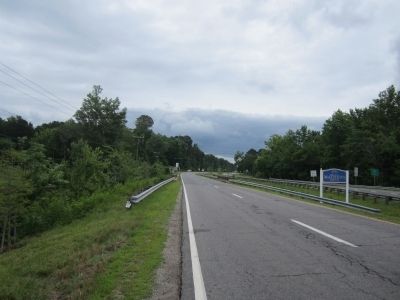