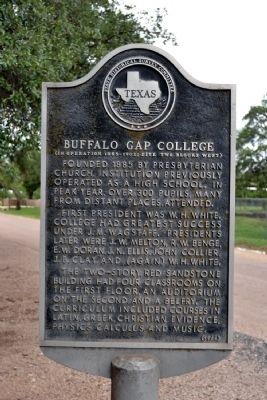 Founded 1885 by Presbyterian Church. Institution previously operated as a high school. In peak year, over 300 pupils, many from distant places, attended.

The two-story, red sandstone building had four classrooms on the first floor, an auditorium on the second, and a belfry. The curriculum included courses in Latin, Greek, Christian evidence, physics, calculus, and music.

Topics. This historical marker is listed in this topic list: Education. A significant historical year for this entry is 1885.

Location. 32° 16.83′ N, 99° 49.596′ W. Marker is in Buffalo Gap, Texas, in Taylor County. Marker is at the intersection of West Street and Vine Street, on the left when traveling south on West Street. Marker is located at the Old Settlers Reunion Grounds. Touch for map. Marker is in this post office area: Buffalo Gap TX 79508, United States of America. Touch for directions. 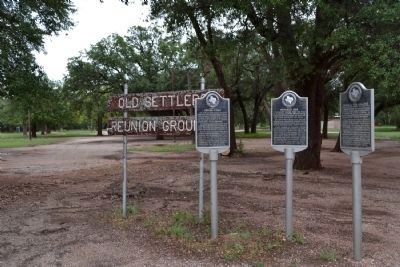 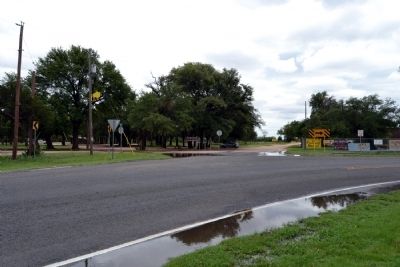 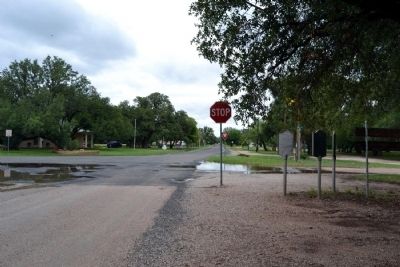