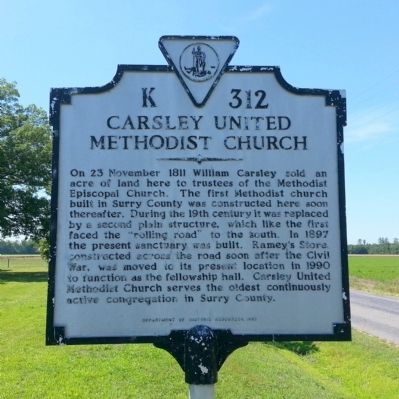 On 23 November 1811 William Carsley sold an acre of land here to trustees of the Methodist Episcopal Church. The first Methodist church built in Surry County was constructed here soon thereafter. During the 19th century it was replaced by a second plain structure, which like the first faced the "rolling road" to the south. In 1897 the present sanctuary was built. Ramey's Store, constructed across the road soon after the Civil War, was moved to its present location in 1990 to function as the fellowship hall. Carsley United Methodist Church serves the oldest continuously active congregation in Surry County.

Topics and series. This historical marker is listed in this topic list: Churches & Religion. In addition, it is included in the Virginia Department of Historic Resources series list. A significant historical date for this entry is November 23, 1811. 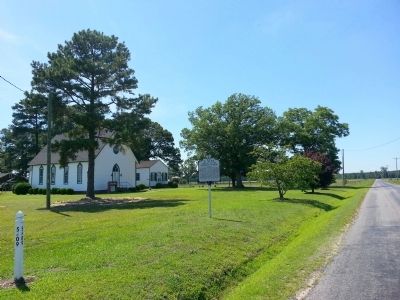 Click or scan to see
this page online
615) and Otterdam Road (Virginia Route 612), on the right when traveling south on Carsley Road. Touch for map. Marker is at or near this postal address: 5609 Carsley Road, Waverly VA 23890, United States of America. Touch for directions. 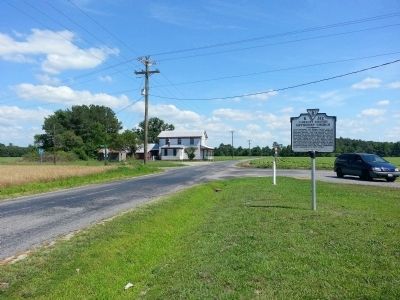 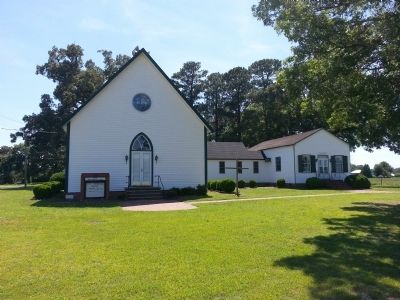