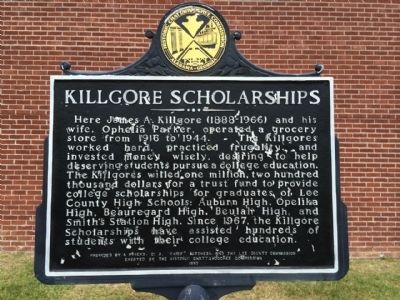 Since its beginning over 900 students have received scholarships. The Killgore Scholarships were established to reward students for their efforts and to encourage them to continue their education. Four-year scholarships are awarded annually to students from Auburn, Beauregard, Beulah, Opelika, and Smith's Station High Schools for achieving excellence. Girls receive $750 each year, boys $500. Military service, personal illness or 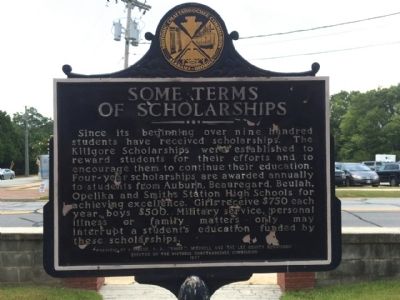 Photographed By Mark Hilton, July 6, 2014
2. Some Terms of Scholarships Marker

Click or scan to see
this page online
family matters only may interrupt a student’s education funded by these scholarships.

Erected 1997 by the Historic Chattahoochee Commission.

Topics. This historical marker is listed in this topic list: Education. A significant historical year for this entry is 1916. 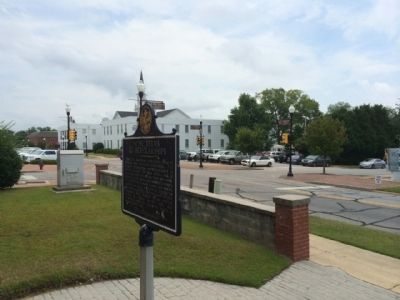 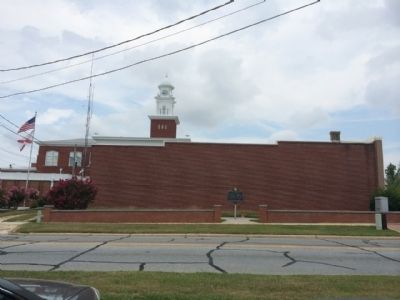