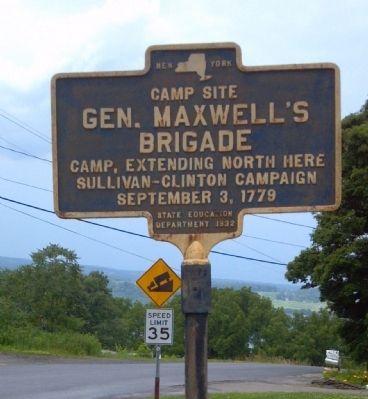 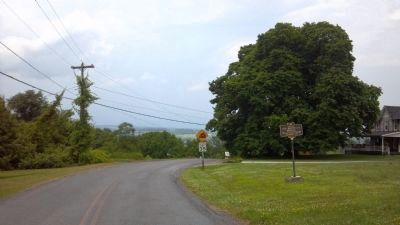 Photographed By Keith S Smith, July 3, 2014
2. General Maxwell's Brigade Marker - Roadside
Through the trees just above the road is Seneca Lake one of the deepest fresh water lakes in the United States - This campsite area was clearly chosen for its abundance of wildlife, fruit, and fresh water