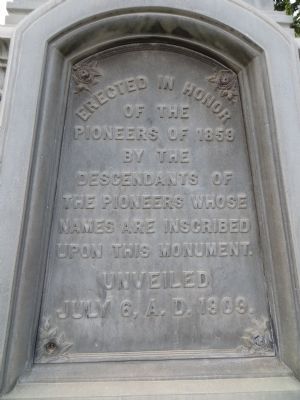 This monument has markers on four sides 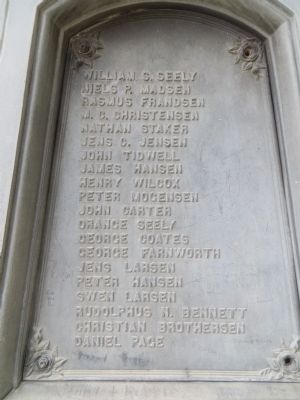 Inscription of Base Plate: Front Plinth:

Erected 1909 by Descendants of the Pioneers.

Topics. This historical marker and monument is listed in this topic list: Settlements & Settlers. A significant historical month for this entry is February 1854.

Other nearby markers. At least 8 other markers are within 6 miles of this marker, measured as the crow flies. Mt. Pleasant Fort (within shouting distance of this marker); 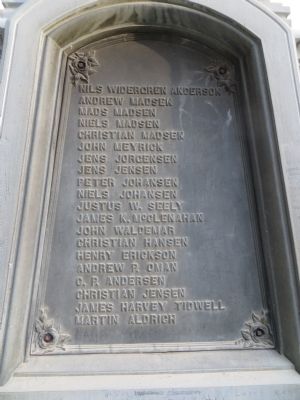 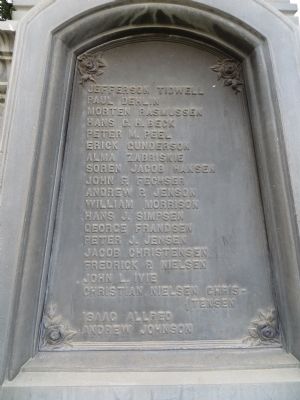 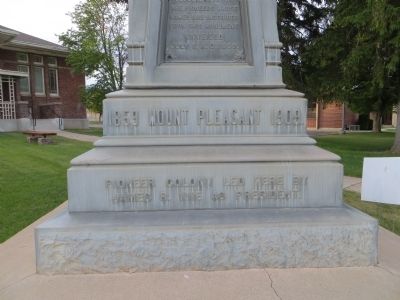 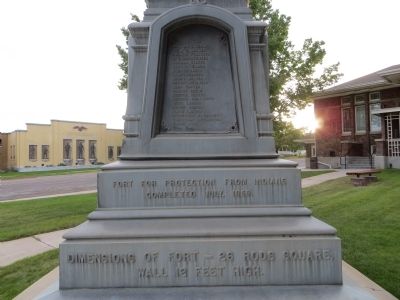 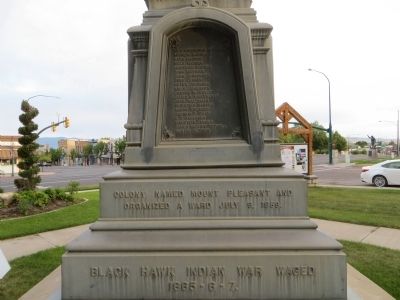 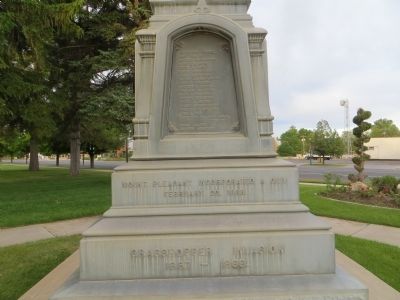 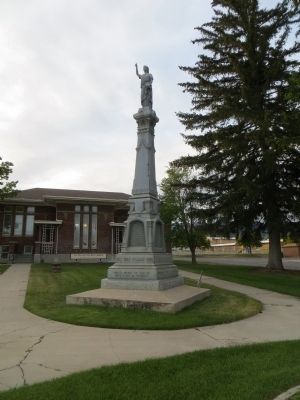