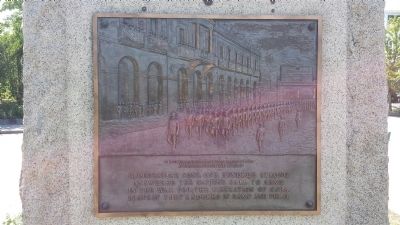 Gloucester's sons, one hundred strong
answered the nation's call to arms
in the war for the liberation of Cuba.
Bravely they endured in camp and field

Inspired by the deeds of their forefathers,
nearly three hundred men of Gloucester
volunteered for naval service.
Their seafaring experience contributed largely
to America's decisive victory.

Topics. This memorial is listed in this topic 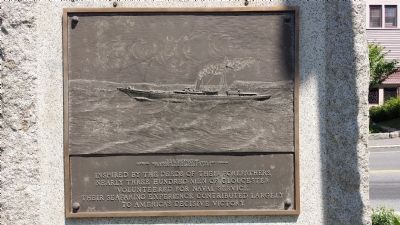 Location. 42° 36.9′ N, 70° 39.733′ W. Marker is in Gloucester, Massachusetts, in Essex County. Memorial is at the intersection of Prospect Street and Pleasant Street when traveling south on Prospect Street. Has it's own triangular area that is well kept with flowers and such. Touch for map. Marker is in this post office area: Gloucester MA 01930, United States of America. Touch for directions. 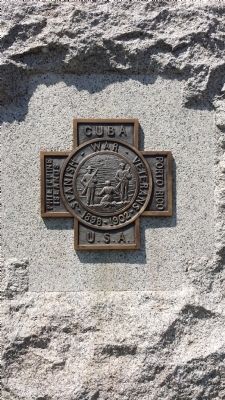 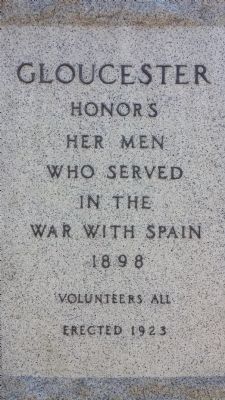