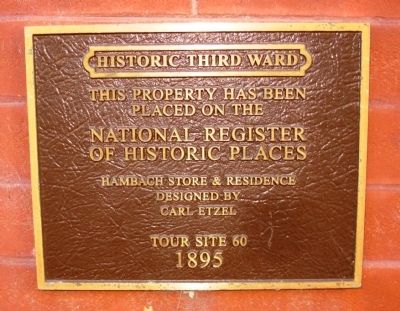 Topics. This historical marker is listed in this topic list: Notable Buildings. A significant historical year for this entry is 1895. 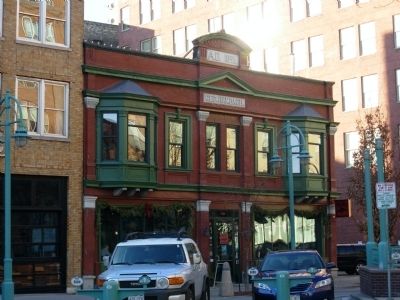 Regarding Hambach Store and Residence. Architect Carl Itzel designed the Queen Anne style Hambach Store and Residence in 1895. While the family lived upstairs, the Hambachs rented each side of the storefront to retail businesses. Formerly the home of The Broadway Bar & Grill, a neighborhood restaurant and pub, it is now occupied by Palms Bistro & Bar.
Historic Third Ward Walking Tour brochure
Credits. This page was last revised on June 16, 2016. It was originally submitted on June 19, 2014, by Paul Fehrenbach of Germantown, Wisconsin. This page has been viewed 403 times since then and 23 times this year. Last updated on July 16, 2014, by Keith S Smith of West Chester, Pennsylvania. Photos:   1, 2. submitted on June 19, 2014, by Paul Fehrenbach of Germantown, Wisconsin. • Bill Pfingsten was the editor who published this page.
Share this page.