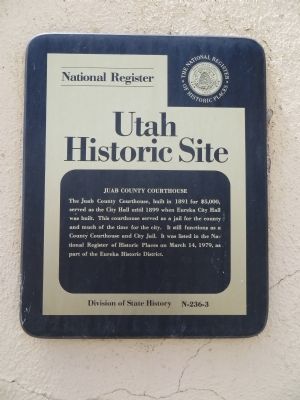 The Juab County Courthouse, built in 1891 for $5,000, served as the City Hall until 1899 when Eureka City Hall was built. This courthouse served as a jail for the county and much of the time for the city. It still functions as a County Courthouse and City Jail. It was listed in the National Register of Historical Places on March 14, 1979 as part of the Eureka Historical District.

Topics. This historical marker is listed in this topic list: Notable Buildings. A significant historical month for this entry is March 1909. 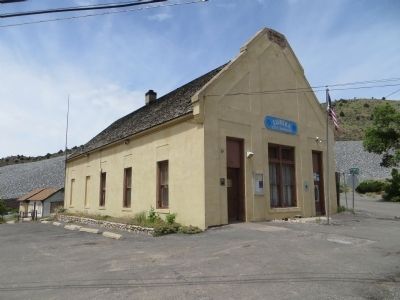