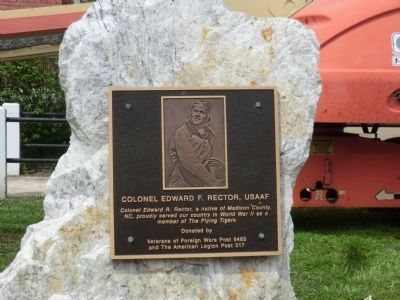 Colonel Edward F. Rector, a native of Madison County, NC, proudly served our country in World War II as a member of the Flying Tigers.

Location. 35° 47.868′ N, 82° 41.052′ W. Marker is in Marshall, North Carolina, in Madison County. Memorial is on North Main Street, on the left when traveling north. The marker is on the grounds of the Madison County Courthouse. Touch for map. Marker is in this post office area: Marshall NC 28753, United States of America. Touch for directions. 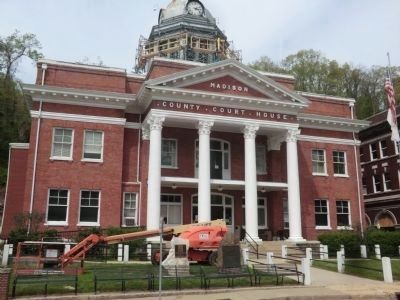