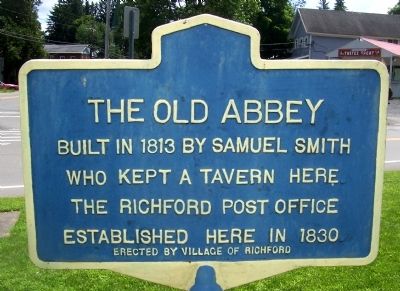 By Forest McDermott, July 24, 2014
1. The Old Abbey Marker
Inscription.
The Old Abbey. . Built in 1813 by Samuel Smith who kept a Tavern here The Richford Post Office Established here in 1830 . This historical marker was erected by Village of Richford. It is in Richford in Tioga County New York

Erected by Village of Richford.

Topics and series. This historical marker is listed in this topic list: Settlements & Settlers. In addition, it is included in the Postal Mail and Philately series list. 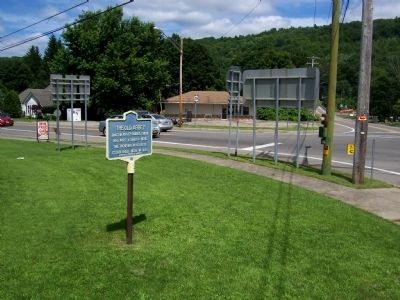 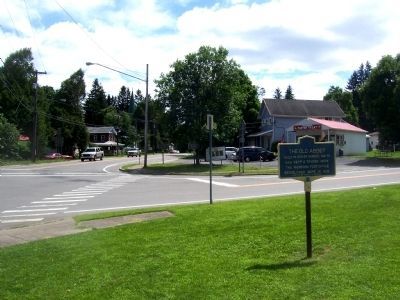