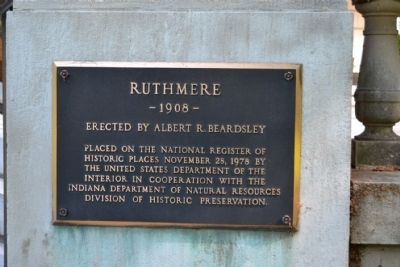 By Duane Hall, August 8, 2014
1. Ruthmere Marker
Inscription.
Ruthmere. . . Erected by Albert R. Beardsley . . Placed on the National Register of Historic Places November 28, 1978 by the United States Department of the Interior in cooperation with the Indiana Department of Natural Resources Division of Historic Preservation. . This historical marker is in Elkhart in Elkhart County Indiana

Location. 41° 41.606′ N, 85° 58.392′ W. Marker is in Elkhart, Indiana, in Elkhart County. Marker can be reached from the intersection of E. Beardsley Avenue and Grove Street, on the left when traveling east. Touch for map. Marker is at or near this postal address: 302 E Beardsley Ave, Elkhart IN 46514, United States of America. Touch for directions. 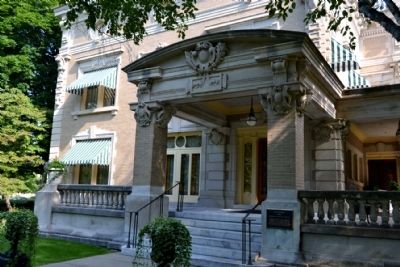 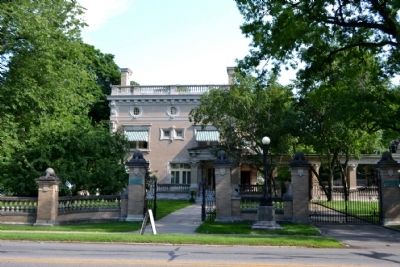 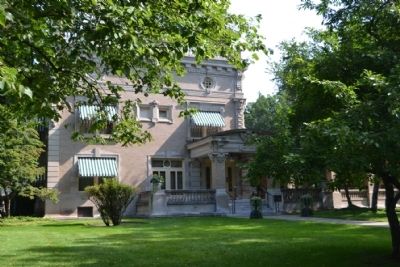