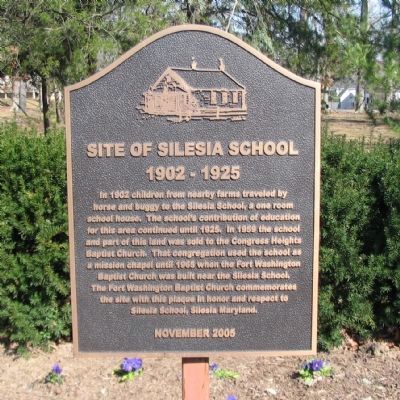 Topics. This historical marker is listed in this topic list: Education. A significant historical month for this entry is November 2005.

Other nearby markers. At least 8 other markers are within 3 miles of this marker, measured as the crow flies. Broad Creek Historic District (approx. 0.4 miles away); 40 Members of the Col. John Addison Family 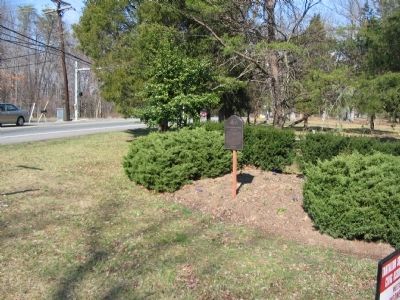 Also see . . .  Silesia School House. Silesia Schoolhouse. (PDF) P.G. #80-12 Maryland Historical Trust Historic Site Inventory Form, 1988:
"The Silesia Schoolhouse was constructed in 1902 on a one-acre lot sold to the Board of County School Commissioners by James and Mary Edelen. It was used as a school for only approximately one quarter century. When the Oxon Hill consolidated school was built in 1925, the one-room schools in the South Potomac/Piscataway area were closed and their students transported to the new school on Livingston Road. The one-acre lot and the Silesia Schoolhouse reverted at this time to the Edelen family. During the 1930's (according to long-time local residents) the school building was converted into a residence, and it was probably at this time that the east extension was added. In 1959, the 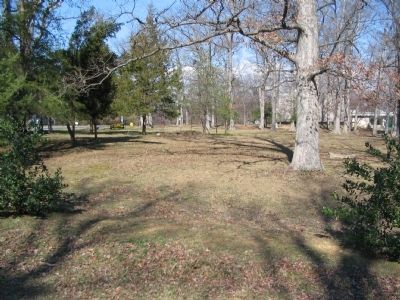 Photographed By Craig Swain, March 1, 2008
3. Site of Silesia School
schoolhouse and part of the original one-acre lot were sold to Congress Heights Baptist Church, which used the building as its mission chapel from that time until 1965. The new church on the adjoining lot was constructed at this time, and came to be known as Fort Washington Baptist Church. Since the mid-1960's the old school building has been used by the church Boy Scout troop, and for occasional church related meetings, but has deteriorated considerably. The Silesia schoolhouse remains one of very few surviving school buildings from the turn of the century, with a capability of adaptive reuse." -- The building was torn down in the early 21st Century. (Submitted on March 25, 2022, by Larry Gertner of New York, New York.) 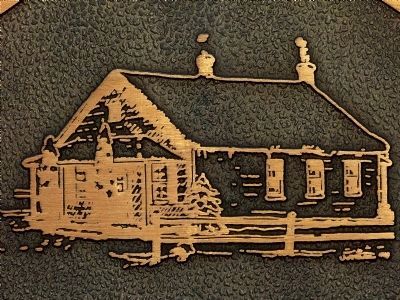 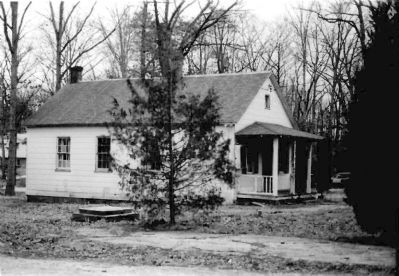