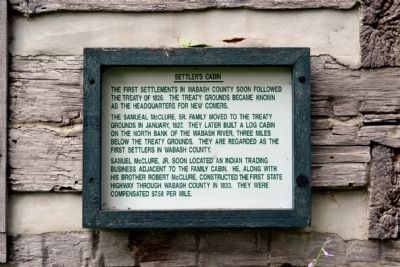 The first settlements in Wabash County soon followed the Treaty of 1826. The treaty grounds became known as the headquarters for new comers.

The Samueal McClure, Sr. family moved to the treaty grounds in January, 1827. They later built a log cabin on the north bank of the Wabash River, three miles below the treaty grounds. They are regarded as the first settlers in Wabash County.

Samuel McClure, Jr. soon located an Indian trading business adjacent to the family cabin. He, along with his brother Robert McClure, constructed the first state highway through Wabash County in 1833. They were compensated $7.58 per mile.

Topics. This historical marker is listed in this topic list: Settlements & Settlers. A significant historical month for this entry is January 1827.

Location. 40° 47.753′ N, 85° 48.978′ W. Marker is in Wabash, Indiana, in Wabash County. Marker can be reached from S. Huntington Street south of E. Fulton Street. Marker is located in the southern part of Paradise Spring Park east of the parking lot; the above directions are to the park’s southwest parking lot. Touch for map. Marker is in this post office area: Wabash IN 46992, United States of America. Touch for directions. 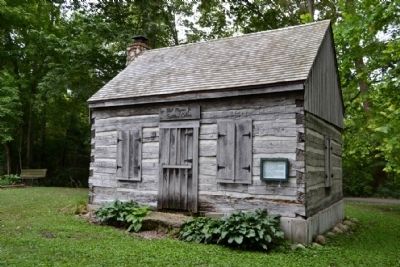 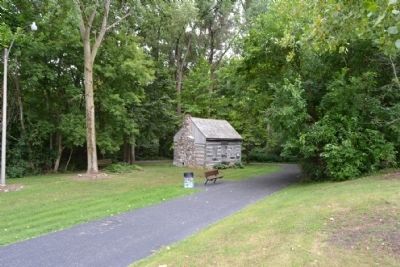