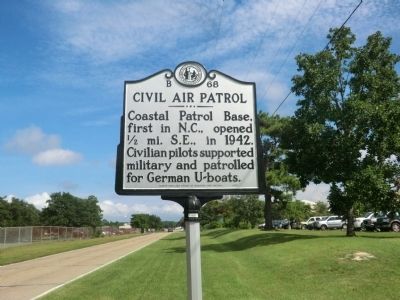 Erected 2012 by North Carolina Office of Archives and History. (Marker Number B 68.)

Topics and series. This historical marker is listed in these topic lists: Air & Space • War, World II. In addition, it is included in the North Carolina Division of Archives and History series list. A significant historical year for this entry is 1942.

Location. 35° 55.156′ N, 75° 42.294′ W. Marker is in Manteo, North Carolina, in Dare County. Marker is at the intersection of Airport Road (County Route 1116) and Old County Road, on the right when traveling east on Airport Road. Touch for map. Marker is in this post office area: Manteo NC 27954, United States of America. Touch for directions. 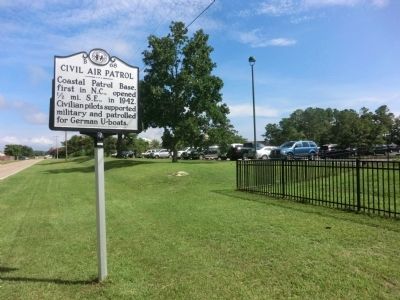 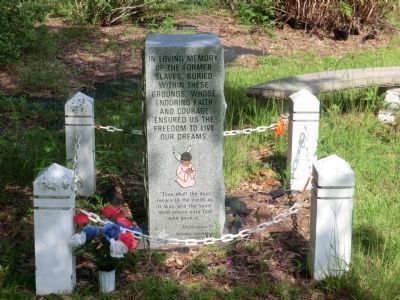 Photographed By Don Morfe, August 12, 2014
3. Former Slaves Burying Ground Memorial
Across the street from the marker is this memorial, erected by the National Underground Railroad. It reads:
In loving memory of the former slaves, buried within these grounds, whose enduring faith and courage ensured us the freedom to live our dreams.
"Then shall the dust return to the earth as it was and the spirit shall return unto God who gave it."
Ecclesiastes 12 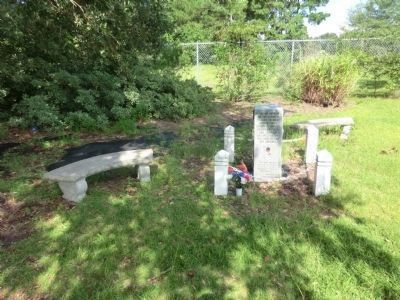