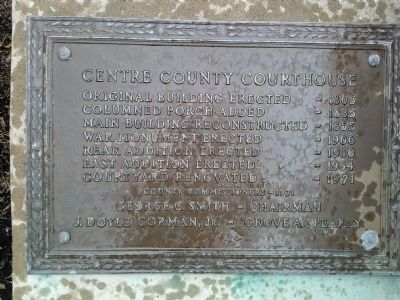 Topics. This historical marker is listed in this topic list: Government & Politics. A significant historical year for this entry is 1805.

Location. 40° 54.732′ N, 77° 46.664′ W. Marker is in Bellefonte, Pennsylvania, in Centre County. Marker can be reached from the intersection of Allegheny Street and High St.. Marker is located between the war memorial and the courthouse. Touch for map. Marker is in this post office area: Bellefonte PA 16823, United States of America. Touch for directions. 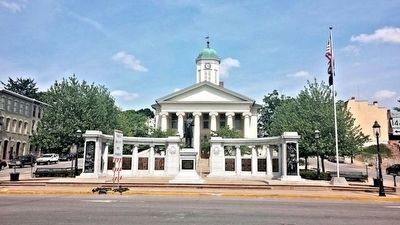 Regarding Centre County Courthouse. Centre County Courthouse is a historic courthouse located at Bellefonte, Centre County, Pennsylvania. The original section was built in 1805, with additions and / or remodeling in 1835, 1854-55, 1909, and 1963-64. It is a rectangular brick building on a stone foundation, measuring 135 feet long by 60 feet wide. The building is faced in stucco and has a gable roof topped by a cupola. It features a Greek Revival style entry porch with eight 26 foot high smooth faced columns with Ionic order capitals. The porch was added in 1835. In June 2012, it was the site of the trial of Jerry Sandusky in the Penn State sex abuse scandal. It was added to the National Register of Historic Places in 1976. It is located in the Bellefonte Historic District. 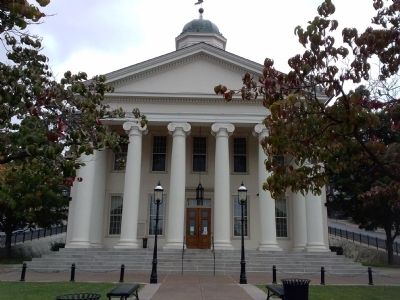 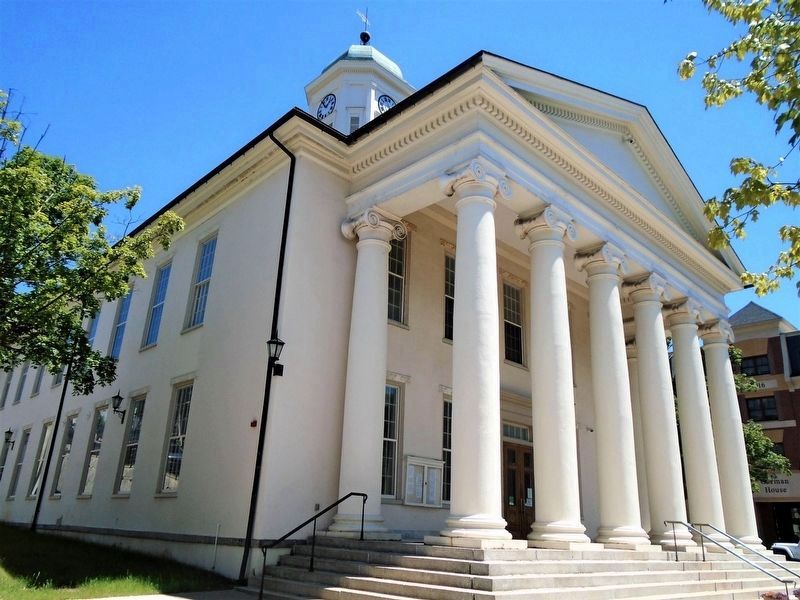