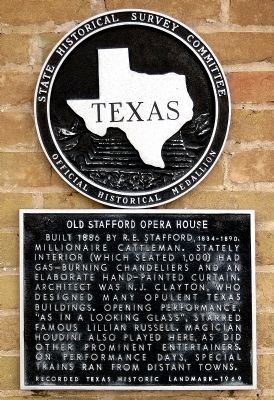 Topics. This historical marker is listed in these topic lists: Arts, Letters, Music • Entertainment. A significant historical year for this entry is 1886.

Location. 29° 42.318′ N, 96° 32.427′ W. Marker is in Columbus, Texas, in Colorado County. Marker is at the intersection of Spring Street and Milam Street (Texas Highway 52), on the right when traveling east on Spring Street. Touch for map. Marker is in this post office area: Columbus TX 78934, United States of America. Touch for directions.

Other nearby markers. At least 8 other markers are within walking distance of this marker. Confederate Memorial Museum (within shouting 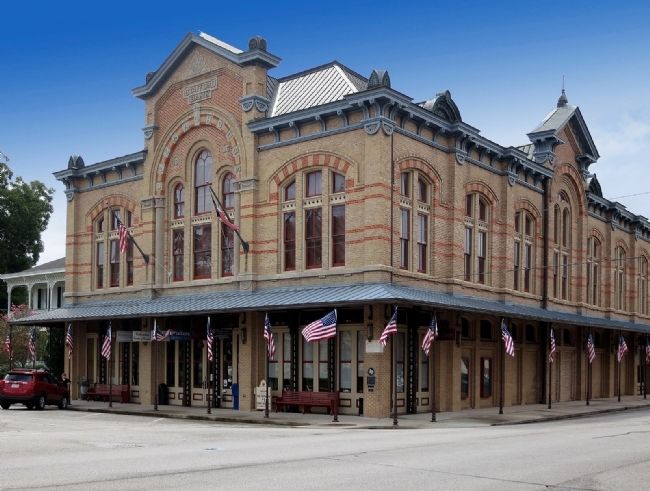 Regarding Old Stafford Opera House. This Building is in the National Register of Historic Places

By Jim Evans
3. In the National Register of Historic Places 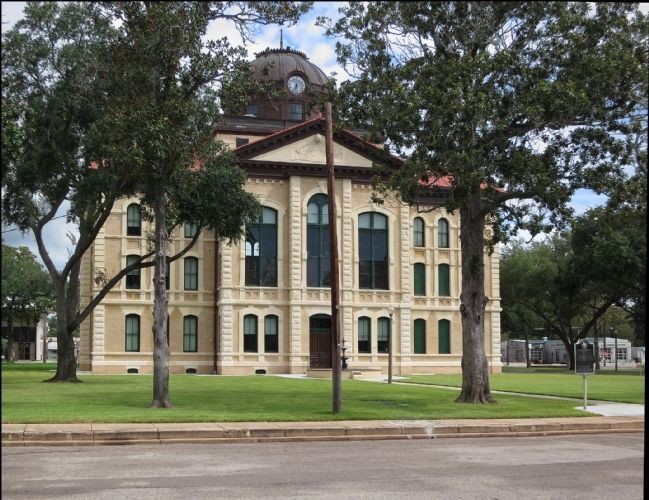