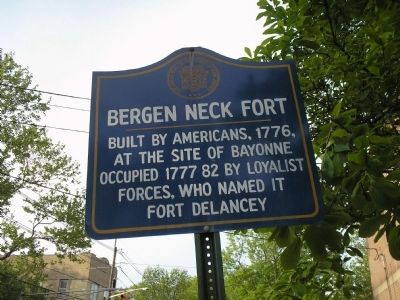 By Bill Coughlin, May 10, 2008
1. Bergen Neck Fort Marker
Inscription.
Bergen Neck Fort. .
Built by Americans, 1776, at the site of Bayonne. Occupied 1777 – 82 by Loyalist forces, who named it Fort Delancey.. . This historical marker was erected by State of New Jersey. It is in Bayonne in Hudson County New Jersey

Topics. This historical marker is listed in these topic lists: Forts or Castles • War, US Revolutionary.

Other nearby markers. At least 8 other markers are within 3 miles of this marker, measured as the crow flies. Stephen R. Gregg / Bayonne Park (about 500 feet away, measured in a direct line); Volunteers of the Army and Navy (about 700 feet away); U.S.S. Maine Memorial (approx. 0.2 miles away); First Federated Church (approx. half a mile away); Mercer Park (approx. 0.9 miles away); Port Jersey Peninsula Preserve (approx. 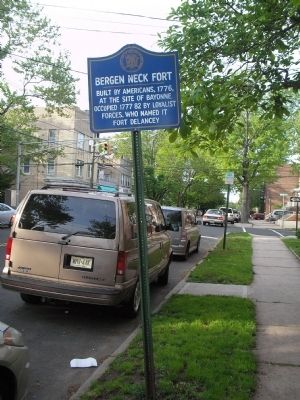 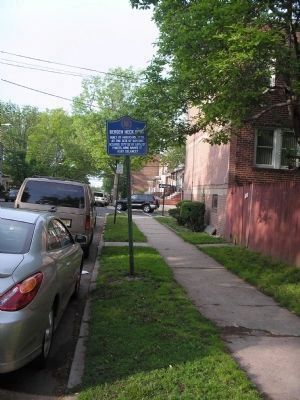