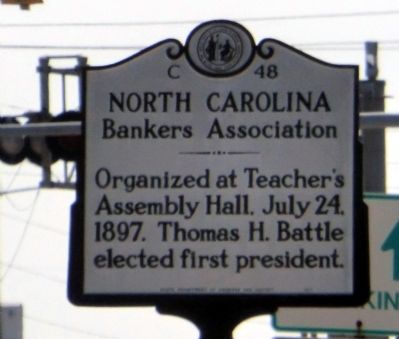 Erected 1962 by Department of Archives and History. (Marker Number C-48.)

Topics and series. This historical marker is listed in these topic lists: Fraternal or Sororal Organizations • Industry & Commerce. In addition, it is included in the North Carolina Division of Archives and History series list. A significant historical month for this entry is July 1934.

Other nearby markers. At least 8 other markers are within 3 miles of this marker, measured as the crow flies. Teacher's Assembly (North Carolina Education Assn.) (a few steps from this marker); Atlantic Hotel (within shouting distance of this marker); Confederate Salt Works (about 800 feet away, measured in a direct line); Fort Macon (approx. 1.8 miles 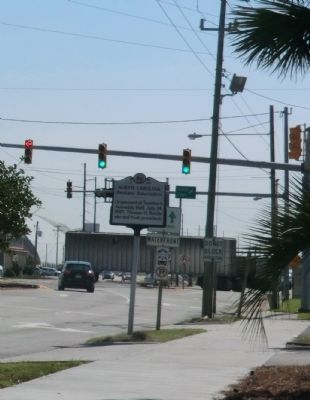