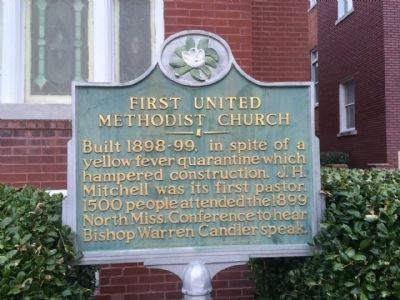 By Mark Hilton, September 13, 2014
1. First United Methodist Church Marker
Inscription.
First United Methodist Church. . . Built 1898-99, in spite of a yellow fever quarantine which hampered construction. J.H. Mitchell was its first pastor. 1500 people attended the 1899 North Miss. Conference to hear Bishop Warren Candler speak. . This historical marker was erected in 1977 by the Mississippi Department of Archives and History.. It is in Greenwood in Leflore County Mississippi

Erected 1977 by the Mississippi Department of Archives and History.

Topics and series. This historical marker is listed in these topic lists: Churches & Religion • Disasters. In addition, it is included in the Mississippi State Historical Marker Program series list.

Other nearby markers. At least 8 other markers are within walking distance of this marker. LeFlore County Confederate Memorial (about 400 feet away, measured in a direct line); Point LeFlore (about 500 feet away); Battery 'C' (about 500 feet 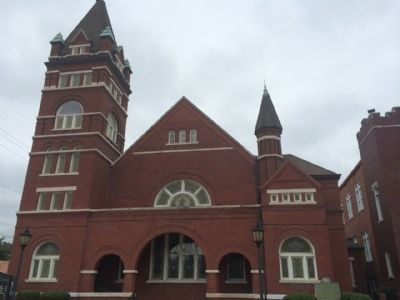 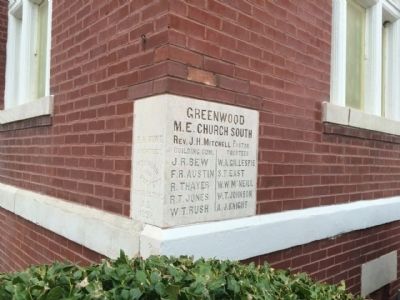