The Merging of Milwaukee-Downer and Lawrence Colleges 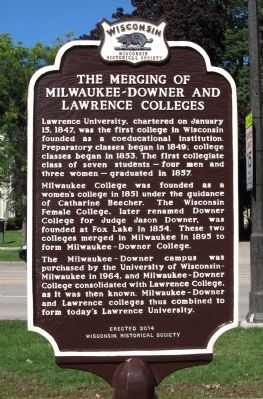 Milwaukee College was founded as a women’s college in 1851 under the guidance of Catharine Beecher. The Wisconsin Female College, later renamed Downer College for Judge Jason Downer, was founded at Fox Lake in 1854. These two colleges merged in Milwaukee in 1895 to form Milwaukee-Downer College.

Topics and series. This historical marker is listed in these topic lists: Arts, Letters, Music 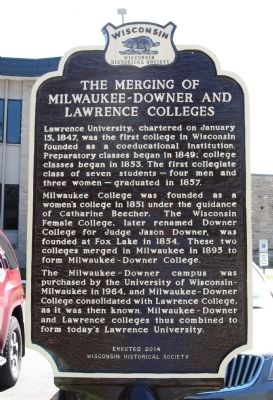 By Paul Fehrenbach, September 16, 2014
2. The Merging of Milwaukee-Downer and Lawrence Colleges Marker
North side (street side) of two sided marker.
• Education. In addition, it is included in the Wisconsin Historical Society series list. 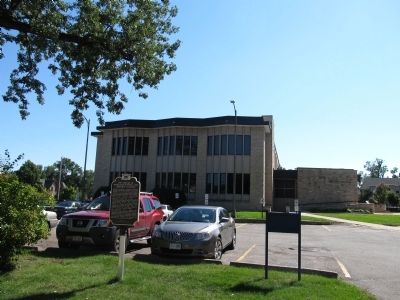 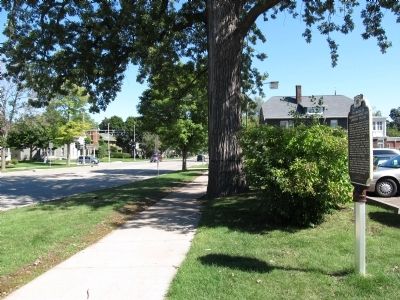 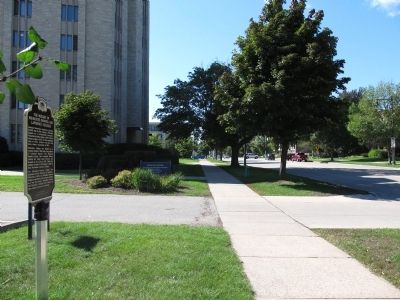