The southern boundary of Ashland County is a portion of the original Greene Ville Treaty. The line was established at the Treaty of Greene Ville signed August 3, 1795 by General Anthony Wayne and Indian Chiefs, and was surveyed amid great hardships. The treaty reserved all lands to the north of the line as Indian Land and extinguished forever all Indian claims south of the line. The treaty opened a vast area for peaceful American settlement and marked the beginning of the movement for Ohio statehood.

Topics. This historical marker is listed in this topic list: Settlements & Settlers. A significant historical year for this entry is 1799. 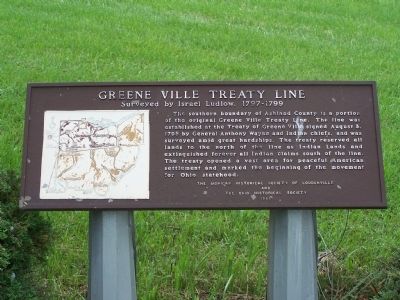 More about this marker. Marker is on the Treaty Line, which serves as the County Line between Ashland and Knox Counties

Regarding Greene Ville Treaty Line. this marker is very similar to the one at Fort Recovery 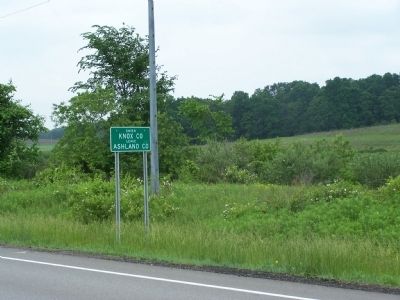