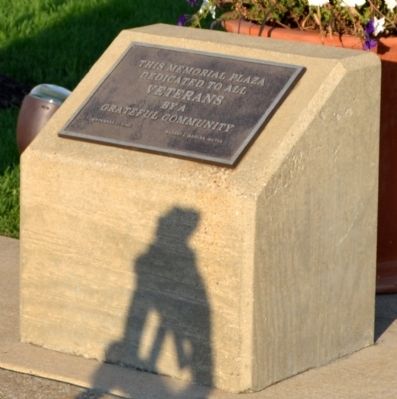 This memorial plaza dedicated to all Veterans by a grateful community

Location. 41° 43.407′ N, 86° 54.438′ W. Marker is in Michigan City, Indiana, in LaPorte County. Memorial can be reached from Lake Shore Drive, 0.1 miles west of Franklin Street, on the left when traveling west. Marker is located next to the U.S. Coast Guard station. Touch for map. Marker is in this post office area: Michigan City IN 46360, United States of America. Touch for directions. 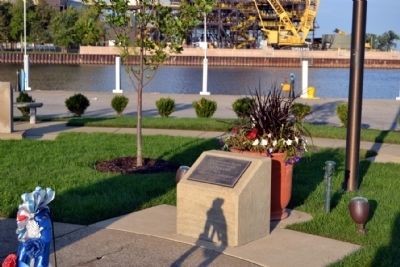 Click or scan to see
this page online
On the front side of the memorial centerpiece is a memorial to Medal of Honor recipient Private First Class Daniel D. Bruce.

On the rear side of the memorial centerpiece is the following Vietnam memorial: 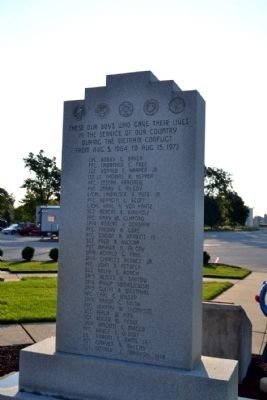 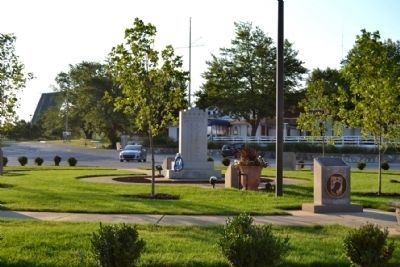 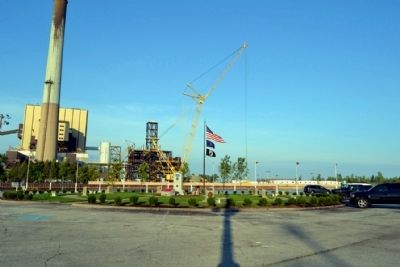 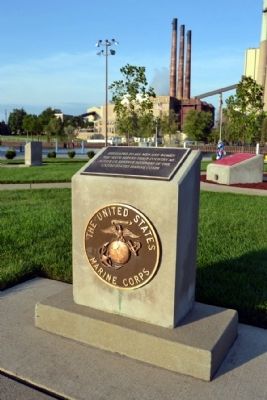 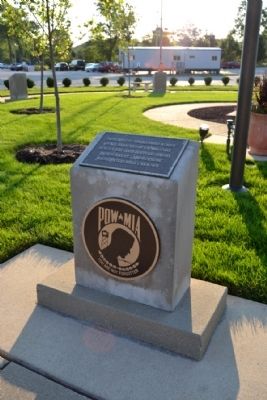