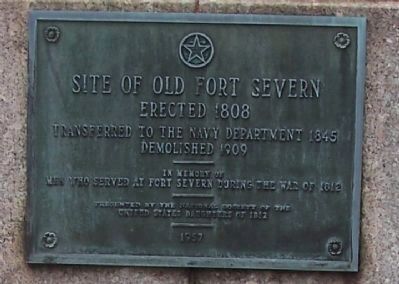 By Richard E. Miller, May 10, 2008
1. Site of Old Fort Severn Marker
Inscription.
Site of Old Fort Severn. .
Erected 1808. Transferred to the Navy Department 1845. Demolished 1909. In memory of men who served at Fort Severn during the War of 18 12.. . This historical marker was erected in 1957 by the National Society of the United States Daughters of 18 12.. It is in Annapolis in Anne Arundel County Maryland

Erected 1957 by the National Society of the United States Daughters of 1812.

Topics and series. This memorial is listed in these topic lists: Forts and Castles • Fraternal or Sororal Organizations • War of 1812. In addition, it is included in the United States Daughters of 1812, National Society series list. A significant historical year for this entry is 1808.

Location. 38° 58.909′ N, 76° 28.872′ W. Marker is in Annapolis, Maryland, in Anne Arundel County. Memorial is on Cooper Road 0.1 miles south of Santee Road. This marker is onboard the U.S. Naval Academy, on the northeast wall of Bancroft Hall's Fifth Wing, near the Scott Natatorium and the Wesley Brown Field House. It is about 0.3 miles north of the Academy's visitor entrance (Gate 1). Touch for map. Marker is in this post office area: Annapolis MD 21402, United States of America. Touch for directions.

Other nearby markers. At least 8 other markers are within walking distance of this marker. Fort Severn and the United States Naval Academy (here, next to this marker); Norman Scott Natatorium 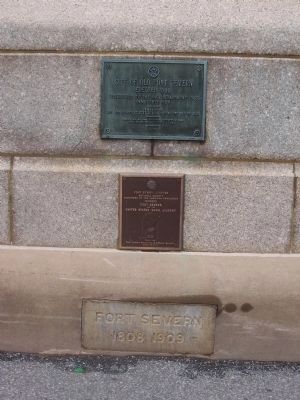 More about this marker. Visitors will need to show a picture identification to visit the Naval Academy. Parking may be restricted in the area, but the marker should be accessible to pedestrians.

Additional commentary.
1.
Fort Severn was the original home of the U.S. Naval Academy. It was demolished in 1909 to make way for Bancroft Hall which is still the largest dormitory structure in the world.
— Submitted May 16, 2008, by Richard E. Miller of Oxon Hill, Maryland. 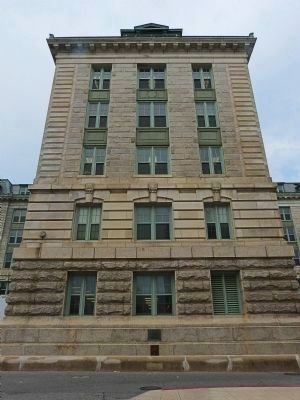 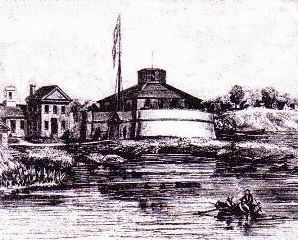 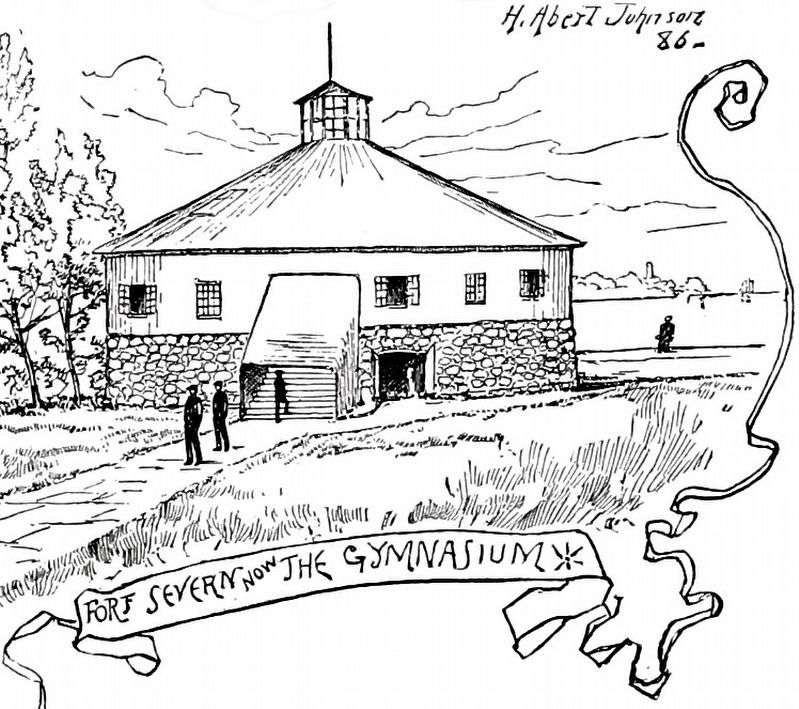 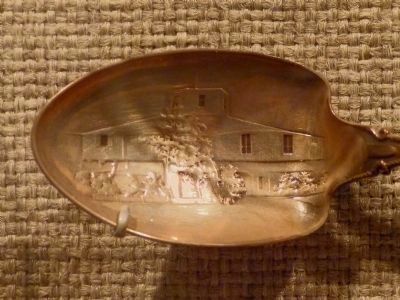 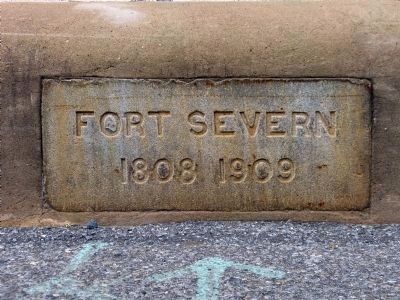