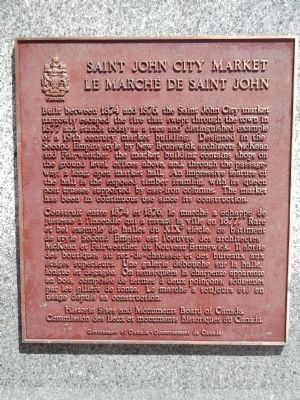 English
Built between 1874 ad 1876, the Saint John City market narrowly escaped the fire that swept through the town in 1877 and stands today as a rare and distinguished example of a 19th century market building. Designed in the Second Empire style by New Brunswick architects McKean and Fairweather, the market building contains shops on the ground level, offices above, and, through the passageway, a long, open market hall. An impressive feature of the hall is the exposed timber framing, with its queen post trusses supported by cast-iron columns. The market has been in continuous use since its construction. 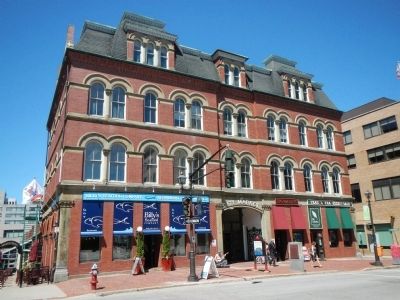 Topics and series. This historical marker is listed in this topic list: Industry & Commerce. In addition, it is included in the Canada, Historic Sites and Monuments Board series list. A significant historical year for this entry is 1874. 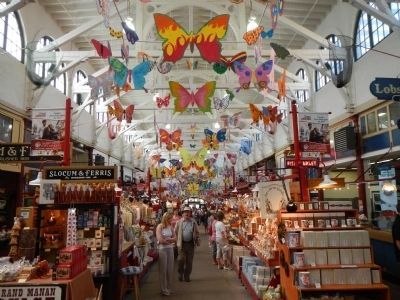 Photographed By Barry Swackhamer, June 11, 2014
3. Saint John City Market
. A full city block in length, the Market runs downhill from the “head of the Market” on Charlotte Street, gently sloping to the Germain Street entrance, a full 10 feet below. At both entrances hang the same gates that have swung closed at the end of each business day since 1880. Crafted from heavy wrought iron, their graceful design is a tribute to the skill and artistry of the local blacksmith who created them. (Submitted on September 28, 2014, by Barry Swackhamer of Brentwood, California.) 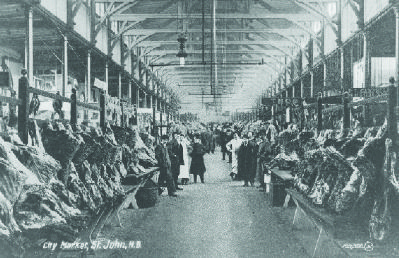