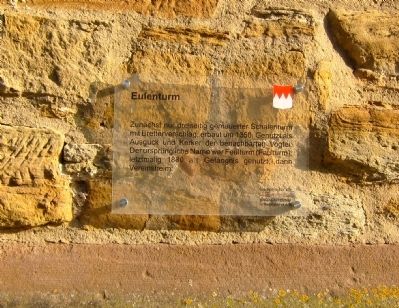 English translation:
Initially, this was only three sided brick shell tower with wooden shed, built around 1350. Used as a lookout and as a dungeon of the adjacent bailiwick. The original name was Feulturm (Digester), and used as a prison for the last time in 1830, then as a society house.

Topics. This historical marker is listed in this topic list: Forts and Castles. A significant historical year for this entry is 1350.

Location. 49° 54.049′ N, 10° 20.838′ E. Marker is in Gerolzhofen, Bayern (Bavaria), in Schweinfurt. Marker is at the intersection of Bürgermeister-Weigand Straße and Grabenstrasse, on the right when traveling 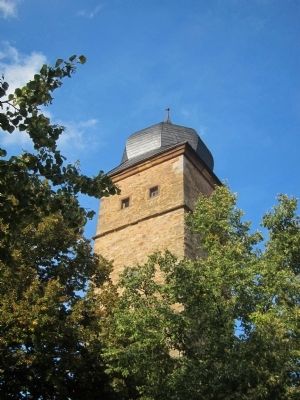 Also see . . .  Owl's- or Witches Tower. In translation: The strikingly tall, square Owls- or Witches-tower has 5 floors and a distinctive onion dome. It dates from the 14th - 16th century. Across the market place, about 350 meters in a direct line of sight from the "Punishment Tower". Initially, the tower was used as "Bailiwick-dungeon" for witches, and from then on until 1830 as a prison. (Submitted on October 17, 2014.) 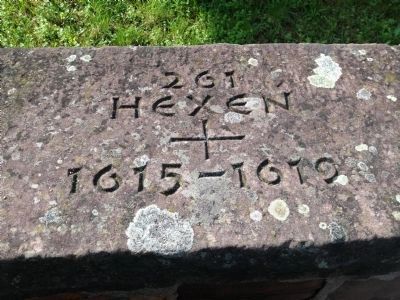 Photographed By Andrew Ruppenstein, August 30, 2014
3. Hexen Gedenkstätte / Witches Memorial
Across the street from the tower, set in a retaining wall, is a stone memorial commemorating the 261 persons in Gerolzhofen, mostly women, that were accused of witchcraft and executed. This toll does not include any number of persons who were accused and incarcerated but died prior to their trial or execution. 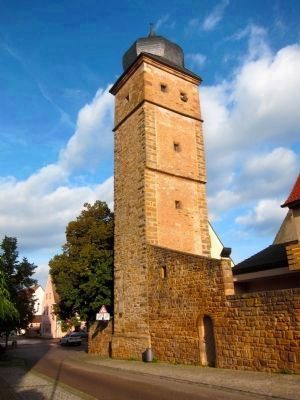