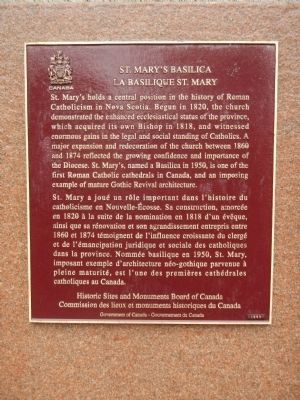 English
St. Mary’s holds a central position in the history of Roman Catholicism in Nova Scotia. Begun in 1820, the church demonstrated the enhanced ecclesiastical status of the province, which acquired its own Bishop in 1818, and witnessed enormous gains in the legal and social standing of Catholics. A major expansion and redecoration of the church between 1860 and 1874 reflected the growing confidence and importance of the Diocese. St. Mary’s, named a Basilica in 1950, is one of the first Roman Catholic cathedrals in Canada, and an imposing example of mature Gothic Revival architecture. 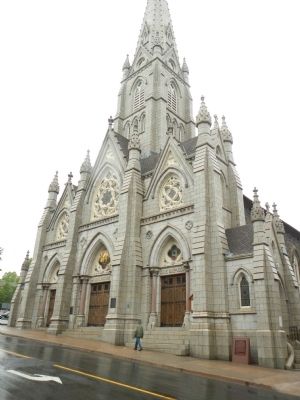 By Barry Swackhamer, June 14, 2014
2. St. Mary’s Basilica Marker
The marker is at the right corner of the basilica.
au Canada.

Topics and series. This historical marker is listed in this topic list: Churches & Religion. In addition, it is included in the Canada, Historic Sites and Monuments Board series list. 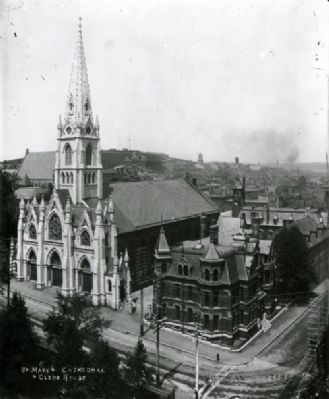