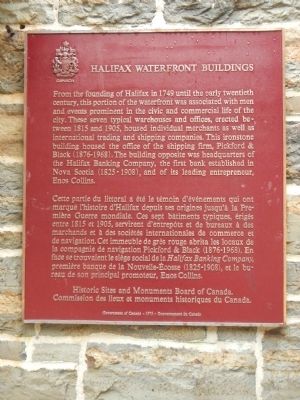 English
From the founding of Halifax in 1749 until the early twentieth century, this portion of the waterfront was associated with men and events in the civic and commercial life of the city. These seven typical warehouses and offices, erected between 1815 and 1905, housed individual merchants as well as international trading and shipping companies. This ironstone building housed the office of the shipping firm, Pickford & Black (1876-1968). The building opposite was the head quarters of the Halifax Banking Company (1825-1908) and of its leading entrepreneur, Enos Collins. 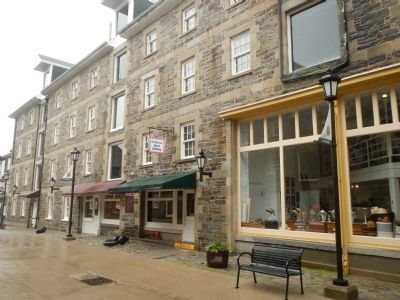 Photographed By Barry Swackhamer, June 14, 2014
2. Halifax Waterfront Buildings Marker
The marker is below the green awning.

Topics and series. This historical marker is listed in this topic list: Notable Buildings. In addition, it is included in the Canada, Historic Sites and Monuments Board series list. A significant historical year for this entry is 1749.

More about this marker. This marker is located at Historic Properties on the Halifax waterfront. 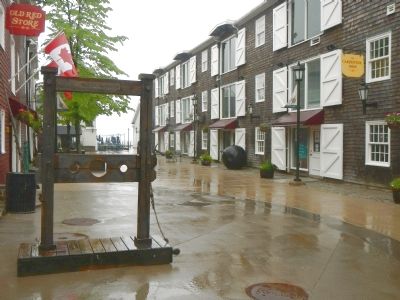 Photographed By Barry Swackhamer, June 14, 2014
3. Historic Properties
in Canada's early days by aiding trade and commerce, but they were also frequently used as vehicles for smuggling and privateering. During the War of 1812, two of the most successful Nova Scotian privateer ships during this time period were the Liverpool Packet and the Sir John Sherbrooke. (Submitted on October 9, 2014, by Barry Swackhamer of Brentwood, California.) 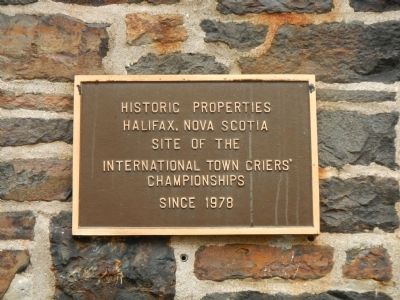 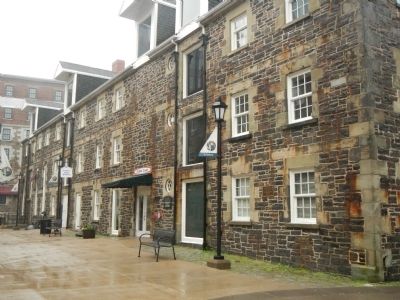 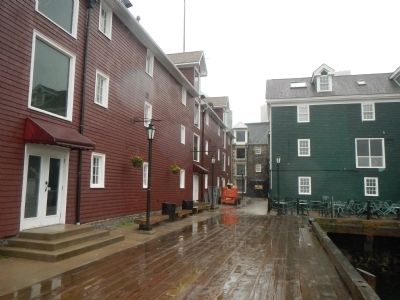