Flew from this airfield 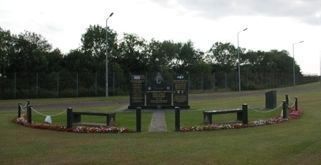 They never turned back in the face of the enemy 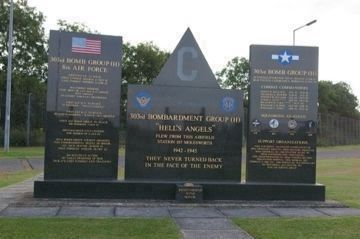 He lived to bear his country's arms.
He died to save its honor.
He was a soldier, and he knew a soldier's duty.
His sacrifice will help to keep aglow
the flaming tourch that light our lives,
that millions yet unborn
may 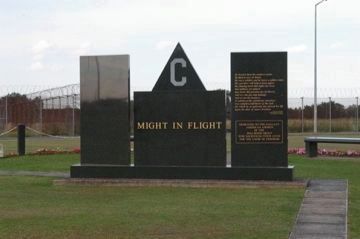 By Mike Camero, September 9, 2007
3. 303rd Bombardment Group (H) "Hells Angels" Marker (back)
know the priceless joy of liberty.
And we who pay him homage
and revere his memory,
in solemn pride rededicate ourselves
to a complete fulfilment of the task
for which he so gallantly has placed his life
upon the alter of man's freedom.

for the cause of freedom

More about this marker. The marker is located on RAF Molesworth property however, it is outside the security fence and is accessible to the public. 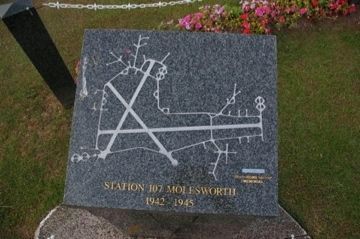