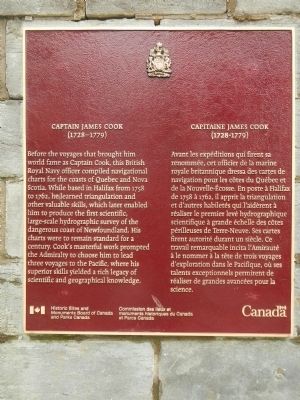 English
Before the voyages that brought him world fame as Captain Cook, this British Royal Navy officier complied navigational charts for the coasts of Quebec and Nova Scotia. While based in Halifax from 1758 to 1762, he learned triangulation and other valuable skills, which later enabled him to produce the first scientific, large-scale hydrographic survey of the dangerous coast of Newfoundland. His charts were to remain standard for a century. Cook’s masterful work prompted the Admiralty to choose him to lead three voyages to the Pacific, where his superior skills yielded a rich legacy of scientific and geographical knowledge. 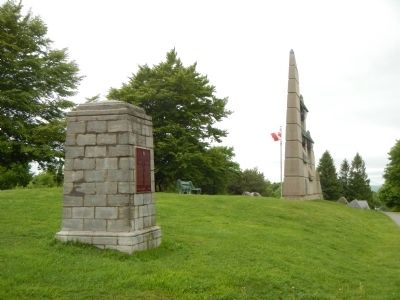 Topics and series. This historical marker is listed in this topic list: Exploration. In addition, it is included in the Canada, Historic Sites and Monuments Board series list.

More about this marker. The marker is near the Halifax Explosion Memorial Bell Tower.