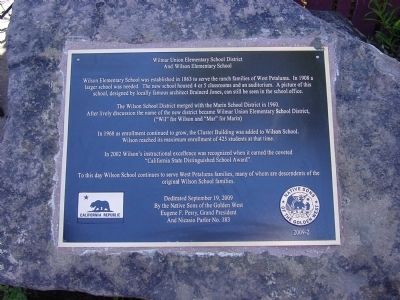 Wilson Elementary School was established in 1863 to serve the ranch families of West Petaluma. In 1908 a larger school was needed. The new school housed 4 or 5 classrooms and an auditorium. A picture of this school, designed by locally famous architect Brainerd Jones, can still be seen in the school office.

In 1968 as enrollment continued to grow, the Cluster Building was added to Wilson School. Wilson reached its maximum enrollment of 425 students at that time.

In 2002 Wilson's instructional excellence was recognized when it earned the coveted "California State Distinguished School Award".

To this day Wilson School continues to serve West Petaluma families, many of whom are descendents of the original Wilson School families. 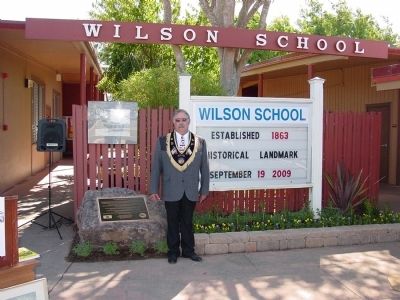 Click or scan to see
this page online
marker is listed in this topic list: Education. In addition, it is included in the Native Sons/Daughters of the Golden West series list. A significant historical year for this entry is 1863.

More about this marker. The marker is near the flagpole, across the parking lot from the street. 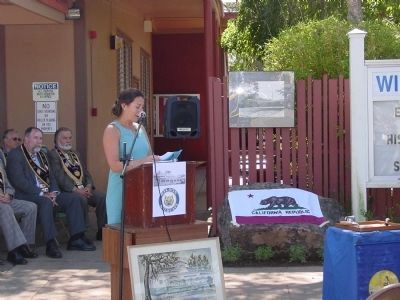 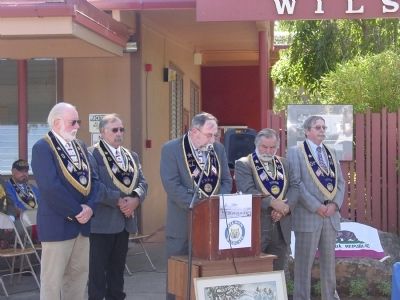 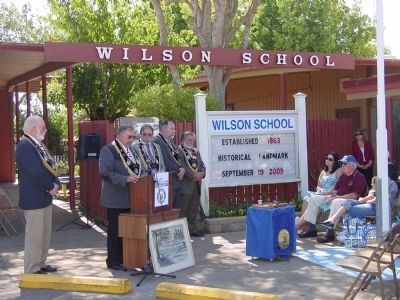 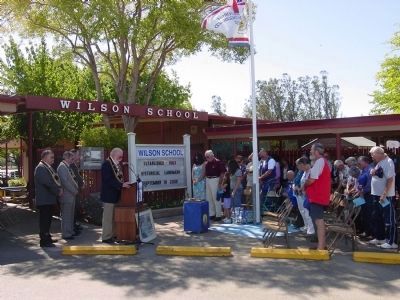 Editor’s want-list for this marker. Photo of the original school building. • Can you help?
Share this page.