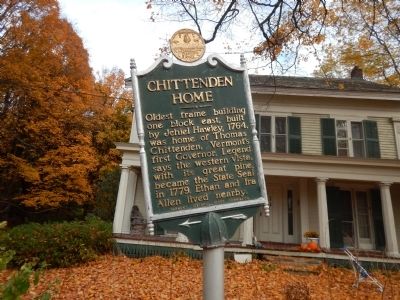 Topics. This historical marker is listed in these topic lists: Government & Politics • Notable Buildings. A significant historical year for this entry is 1764.

Location. 43° 4.358′ N, 73° 9.281′ W. Marker is in Arlington, Vermont, in Bennington County. Marker is at the intersection of Main Street (Alternate Vermont Route 7) and East Arlington Road, on the right when traveling north on Main Street. Touch for map. Marker is in this post office area: Arlington VT 05250, United States of America. Touch for directions.

Other nearby markers. At least 8 other markers are within 7 miles of this marker, measured as the crow flies. Dorothy Canfield Fisher (about 600 feet away, measured in a direct line); State Seal Pine Tree (approx. 0.7 miles away); Chiselville (approx. 1.1 miles away); Sunderland (approx. 3.3 miles away); Norman Rockwell 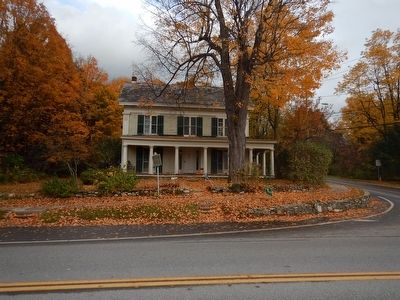