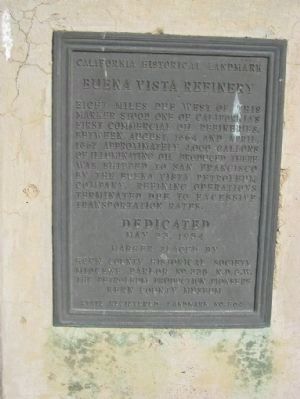 Eight miles due west of this marker stood one of California's first commercial oil refineries. Between August 1864 and April 1867, approximately 4,000 gallons of illuminating oil produced there was shipped to San Francisco by the Buena Vista Petroleum Company. Refining operations terminated due to excessive transportation rates.

Topics and series. This historical marker is listed in these topic lists: Industry & Commerce • Natural Resources. In addition, it is included in the California Historical Landmarks, and the Native Sons/Daughters of the Golden West series lists. A significant historical month for this entry is April 1867.

Location. 35° 23.862′ N, 119° 39.9′ W. Marker is in McKittrick, California, in Kern County. Marker is at the intersection of Lokern Road and Westside Highway (County Route 33), on the right when traveling west on Lokern Road. Marker is located on the northeast corner. 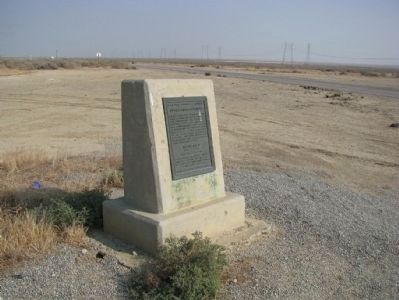 Click or scan to see
this page online
Touch for map. Marker is in this post office area: Mc Kittrick CA 93251, United States of America. Touch for directions.

Regarding Buena Vista Refinery. This was incorrectly attributed to NSGW. Changed to NDGW. 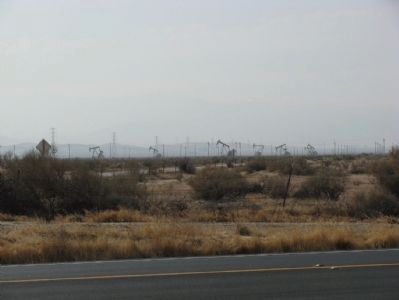