The Sack of Lunenburg 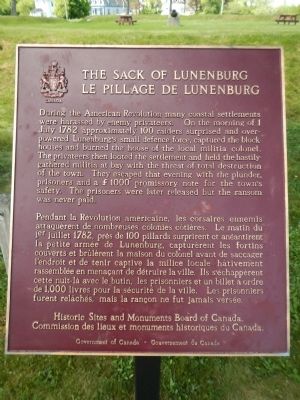 English
During the American Revolution many coastal settlements were harassed by enemy privateers. On the morning of 1 July 1782 approximately 100 raiders surprised and overpowered Lunenburg’s small defence force, captured the blockhouses and burned the house of the local militia colonel. The privateers then looted the settlement and held the hastily-gathered militia at bay with the threat of total destruction of the town. They escaped that evening with the plunder, prisoners and a £1000 promissory note for the town’s safety. The prisoners were later released but the ransom was never paid. 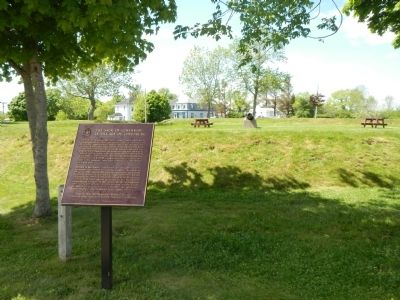 Photographed By Barry Swackhamer, June 16, 2014
2. The Sack of Lunenburg Marker

Topics. This historical marker is listed in this topic list: War, US Revolutionary. A significant historical date for this entry is July 1, 1782.