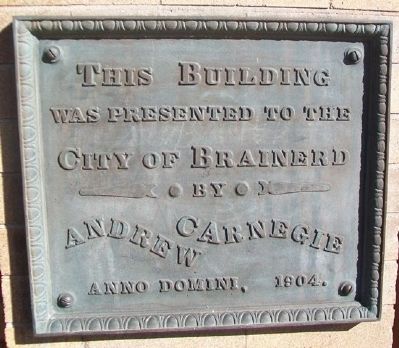 By William Fischer, Jr., October 11, 2014
1. Carnegie Library Marker
Inscription.
Carnegie Library. . ,
This building was presented to the City of Brainerd by Andrew Carnegie Anno Domini, 1904.. . This historical marker was erected in 1904. It is in Brainerd in Crow Wing County Minnesota

This building
was presented to the
City of Brainerd
by
Andrew Carnegie
Anno Domini, 1904.

Topics and series. This historical marker is listed in these topic lists: Charity & Public Work • Education. In addition, it is included in the Carnegie Libraries 📚 series list. A significant historical year for this entry is 1904.

Location. 46° 21.503′ N, 94° 11.934′ W. Marker is in Brainerd, Minnesota, in Crow Wing County. Marker is at the intersection of 7th Street and Washington Street (Minnesota Highway 210), on the right when traveling north on 7th Street. Touch for map. Marker is at or near this postal address: 206 North 7th Street, Brainerd MN 56401, United States of America. Touch for directions. 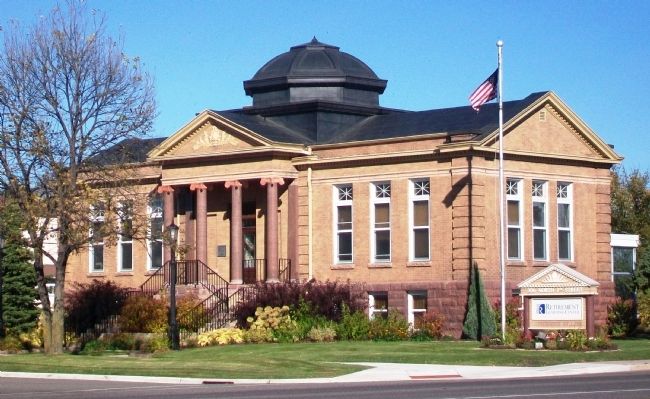