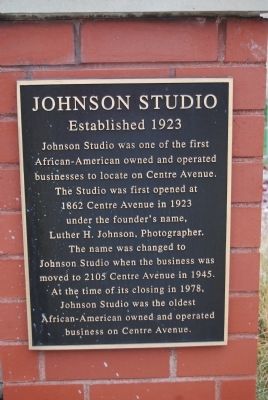 Topics. This historical marker is listed in these topic lists: Entertainment • Industry & Commerce. A significant historical year for this entry is 1862.

Location. 40° 26.673′ N, 79° 58.719′ W. Marker is in Pittsburgh, Pennsylvania, in Allegheny County. Marker can be reached from the intersection of Centre Avenue and Addison Street. Mounted to left column at entrance to private parking lot in Pittsburgh's Hill District. Touch for map. Marker is in this post office area: Pittsburgh PA 15219, United States of America. Touch for directions.

Other nearby markers. At least 8 other markers are within walking distance of this marker. Louis Mason, Jr (here, next to this marker); Freedom House Ambulance (about 300 feet away, measured in a direct line); Crawford Grill (about 400 feet 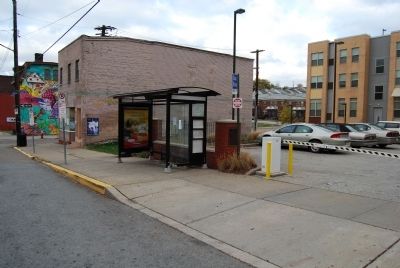 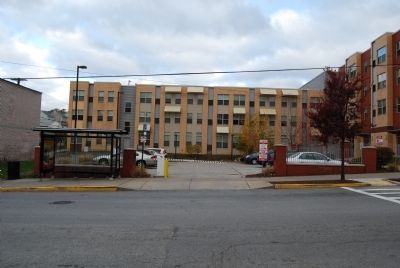