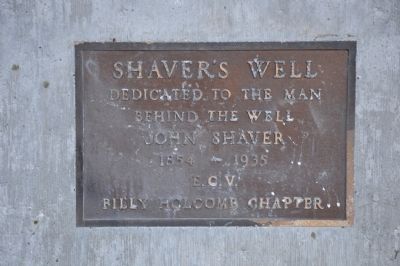 Photographed By Michael Kindig, June 5, 2010
1. Shaver's Well Marker
Inscription.
Shaver's Well. .
Dedicated to the man behind the well John Shaver 1854 - 1935. . This historical marker was erected in 1977 by Billy Holcomb Chapter No. 1069, E Clampus Vitus. It is in Chuckwalla in Riverside County California

Topics and series. This historical marker is listed in this topic list: Industry & Commerce. In addition, it is included in the E Clampus Vitus series list. A significant historical year for this entry is 1854.

Location. 33° 37.108′ N, 115° 55.079′ W. Marker is in Chuckwalla, California, in Riverside County. Marker is on Box Canyon Road, on the right. The marker is near the middle of the turnout on the west side of the road. Touch for map. Marker is in this post office area: Mecca CA 92254, United States of America. Touch for directions.

Other nearby markers. At least 8 other markers are within 12 miles of this marker, measured as the crow flies. North Shore Beach & Yacht Club (approx. 6.9 miles away); The Salton Sea (approx. 7.9 miles away); Young Divisional Camp (approx. 8.2 miles away); Barren or Bountiful (approx. 9.1 miles away); Where Are The Joshua Trees? (approx. 10½ miles away); Desert Training Center 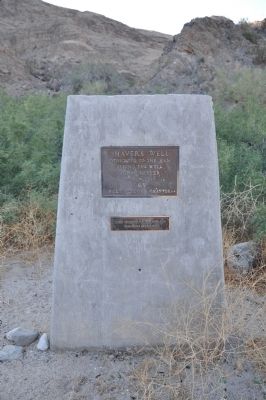 More about this marker. Imported tamarisk trees grow on the west side of the highway due to the underground water. The marker is on the left in the turnout with the tamarisk trees.

Regarding Shaver's Well. John Shaver was a member of the Riverside County Board of Supervisors for over 40 years and hired John McGrath to dig this first county-financed well in October 1897. It supplied water for travelers between Indio and Palm Springs, Mecca to Blythe and the Mecca to Dale Roads. Although McGrath had the contract to dig the well it is said to have been dug by Henry Hartman, a prospector. The site of the well at the north of the turnout, near the highway may be hidden by the spreading growth of the tamarisk trees.
SOURCE: Billy Holcomb Chapter 1069 35th Anniversary Plaque Book by Phillip Holdaway

Additional commentary.
1. Chiriaco Summit
The Bradshaw Road was a passage between the Colorado River and the Coachella Valley. Only two unconnected, unpaved pieces of the road remain. Three sites along the road have been marked by plaques erected by E Clampus Vitus. The first is located nine miles west of Blythe at Wiley Well, named for the storekeeper and postmaster A. P. Wiley. A second 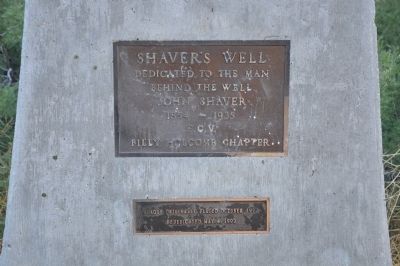 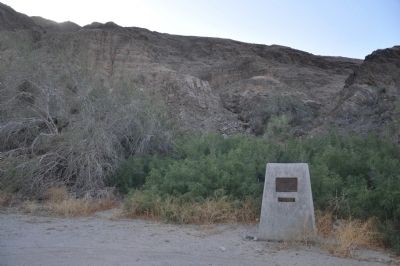 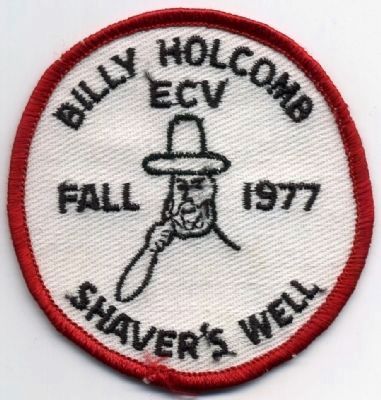