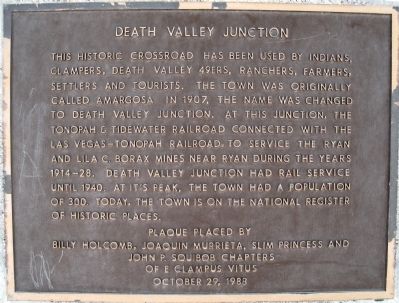 This historic crossroad has been used by Indians, Clampers, Death Valley 49ers, ranchers, farmers, settlers and tourists. The town was originally called Amargosa. In 1907, the name was changed to Death Valley Junction. At this junction, the Tonopah & Tidewater Railroad connected with the Las Vegas-Tonopah Railroad to service the Ryan and Lila C. borax mines near Ryan during the years 1914-28. Death Valley Junction had rail service until 1940. At it's peak, the town had a population of 300. Today, the town is on the National Register of Historic Places.

Topics and series. This historical marker is listed in these topic lists: Notable Places • Railroads & Streetcars • Settlements & Settlers. In addition, it is included in the E Clampus Vitus series list. A significant historical year for this entry is 1907. 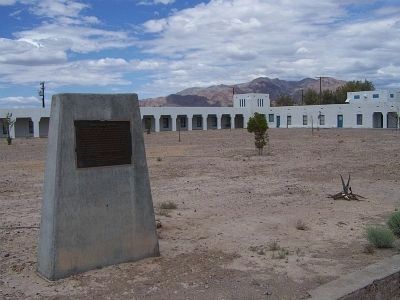 Click or scan to see
this page online
. Marker is on State Highway 127, 0.2 miles south of State Highway 190, on the right when traveling south. The location of Death Valley Junction is at SR-127 and SR-190. The marker is located front of the Amargosa Hotel/Opera House complex. Touch for map. Marker is in this post office area: Death Valley CA 92328, United States of America. Touch for directions.

More about this marker. At the same time this Plaque was being erected and dedicated, the Grand Council of E Clampus Vitus dedicated a marker commemorating the Amargosa Opera House. It is fastened to the east side of the Opera House, which is now listed on the National Register of Historic Places.
SOURCE: Billy Holcomb Chapter 1069 35th Anniversary Plaque Book by Phillip Holdaway 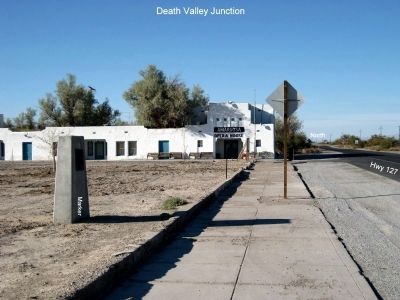 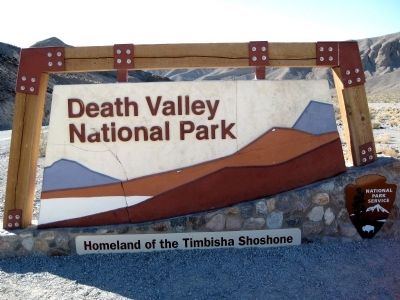 Photographed By Richard Wisehart, October 25, 2008
4. Death Valley National Park Sign
Sign is on Highway 190 at the east entrance to park approximately 15 miles west of the marker and the town of Death Valley Junction. 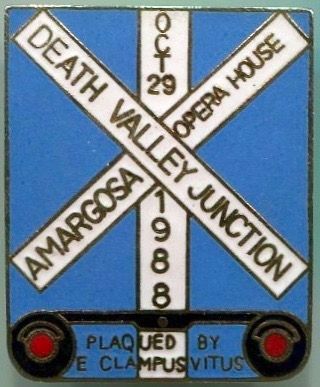