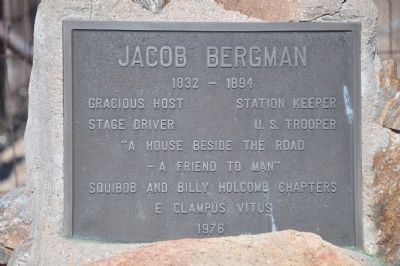 Photographed By Michael Kindig, September 11, 2010
1. Jacob Bergman Marker
Inscription.
Jacob Bergman. , Gracious Host. Station Keeper. Stage Driver. U.S. Trooper. , "A house beside the road - A friend to man" . This historical marker was erected in 1976 by Billy Holcomb Chapter No. 1069 and John P. Squibob Chapter No. 1853, E Clampus Vitus. It is in Aguanga in Riverside County California

Topics and series. This historical marker is listed in this topic list: Settlements & Settlers. In addition, it is included in the E Clampus Vitus series list.

Other nearby markers. At least 8 other markers are within 12 miles of this marker, measured as the crow flies. Cottonwood School (approx. 2½ miles away); Dripping Springs Watering Hole (approx. 5.9 miles away); Oak Grove Stage Station (approx. 6.9 miles away); Camp Wright (approx. 7 miles away); Juan Diego Flats 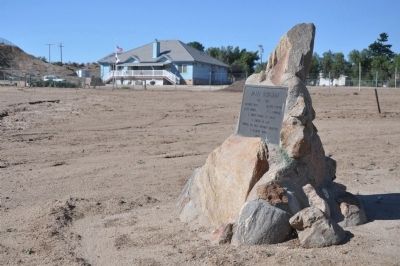 More about this marker. Caprice Road is a good dirt road, located on the east side of the highway. About 200 feet from the highway is the small, fenced-in Bergman Family Cemetery.

Regarding Jacob Bergman. Jacob Bergman, a native of Germany, first saw what was later to be called Bergman Valley while in the U.S. Cavalry and was reported to have driven the first stage coach through the valley. In July 1870 Jacob Bergman had established Guahonga Post Office. This is approximately the site of the old Bergman Post Office established in 1894 serving the area pioneers. Later the post office name was changed to Aguanga. Bergman had at one time been a member of the Board of Supervisors of San Diego County.
SOURCE: Billy Holcomb Chapter 1069 35th Anniversary Plaque Book by Phillip Holdaway 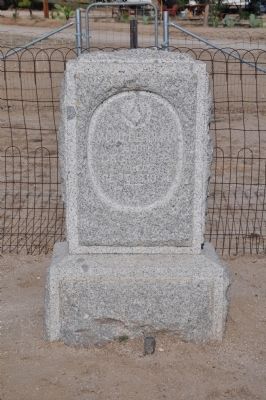 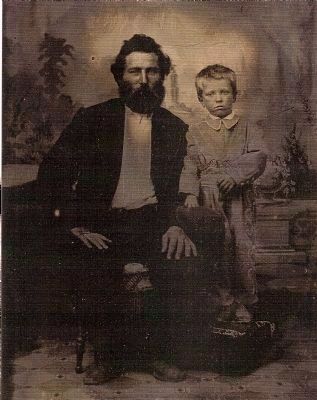 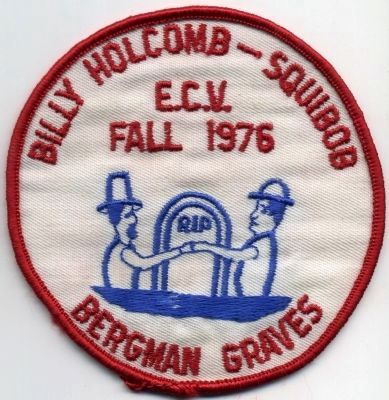