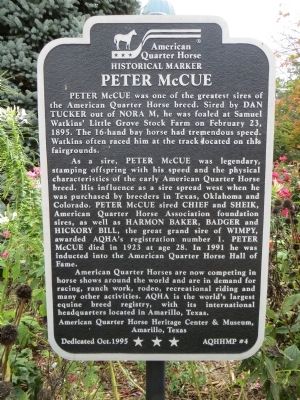 Peter McCue was one of the greatest sires of the American Quarter Horse breed. Sired by Dan Tucker out of Nora M, he was foaled at Samuel Watkins' Little Grove Stock Farm on February 23, 1895. The 16-hand bay horse had tremendous speed. Watkins often raced him at the track located on this fairgrounds.

American Quarter Horses are competing in races around the world and are in demand for showing, ranch work, rodeo, recreational riding and many other activities. AQHA is the world's largest equine breed registry, with its international headquarters located in Amarillo, Texas. 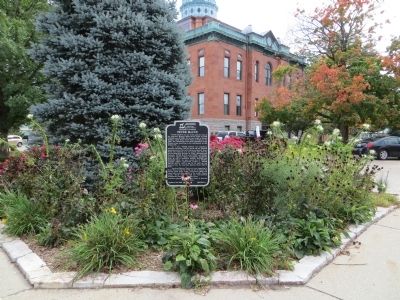 Topics and series. This historical marker is listed in this topic list: Animals. In addition, it is included in the American Quarter Horse Markers series list. A significant historical month for this entry is February 1832. 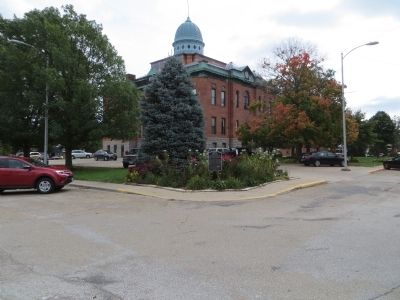