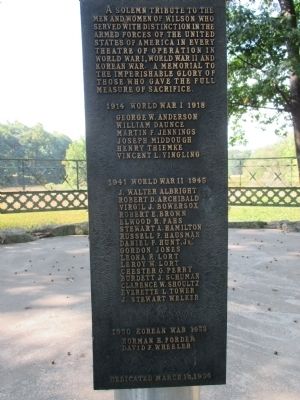 A solemn tribute to the men and women of Wilson who served with distinction in the armed forces of the United States of America in every theatre of operation in World War I, World War II and Korean War. A memorial to the imperishable glory of those who gave the full measure of sacrifice. 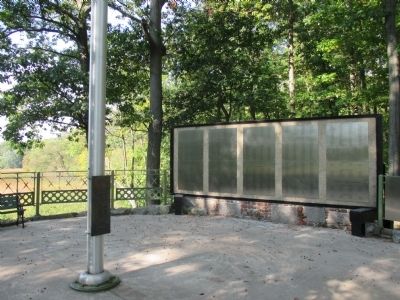 Photographed By Anton Schwarzmueller, October 3, 2014
2. A Solemn Tribute to the Men and Women of Wilson who Served Memorial
On the flagpole next to the wall of all names.

Click or scan to see
this page online
York, in Niagara County. Memorial is at the intersection of Park Street and Shore Drive, on the left when traveling west on Park Street. Marker is on the main flagpole in Greenwood Veterans' Memorial Park. Touch for map. Marker is in this post office area: Wilson NY 14172, United States of America. Touch for directions.

More about this marker. The marker is older than the park, which was established in 2007. The park is adjacent to Greenwood Cemetery. Park Street is off of Harbor Street (NY Route 18). 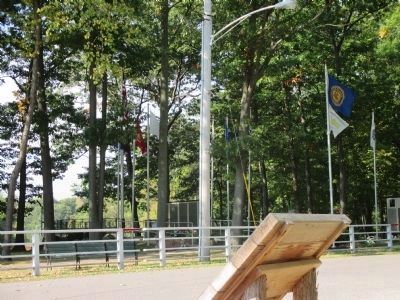