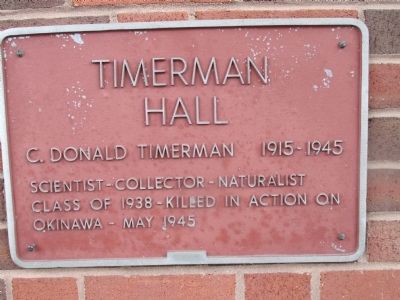 Location. 44° 39.807′ N, 74° 58.405′ W. Marker is in Potsdam, New York, in St. Lawrence County. Memorial is on Barrington Drive, 0.1 miles east of Pierrepont Avenue (New York State Route 56), on the left when traveling east. Marker is on the grounds of the State University of New York at Potsdam at the main entrance to the hall. Touch for map. Marker is in this post office area: Potsdam NY 13676, United States of America. Touch for directions. 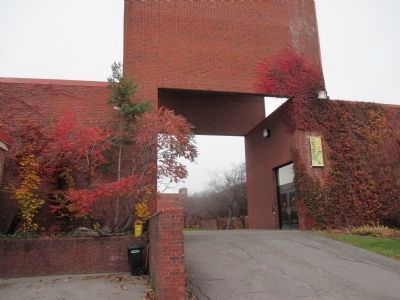 Photographed By Anton Schwarzmueller, November 8, 2014
2. Timerman Hall Marker - From Barrington Drive
Marker is at the doors. Acedemic halls are north of Barrington Drive.

Click or scan to see
this page online
(approx. 0.2 miles away); Jerry Welsh Gymnasium (approx. 0.4 miles away). Touch for a list and map of all markers in Potsdam.

More about this marker. The Geology Department dominates the hall. 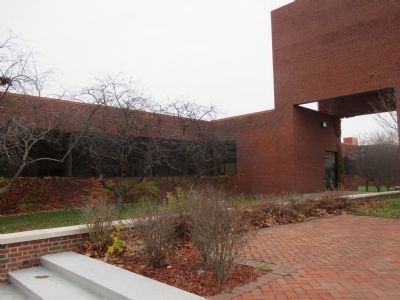