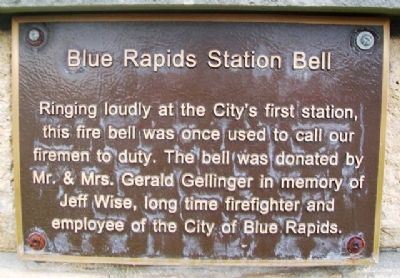 Ringing loudly at the City's first station, this fire bell was once used to call our firemen to duty. The bell was donated by Mr. & Mrs. Gerald Gellinger in memory of Jeff Wise, long time firefighter and employee of the City of Blue Rapids

Topics and series. This historical marker is listed in these topic lists: Charity & Public Work • Communications. In addition, it is included in the Historic Bells 🔔 series list. 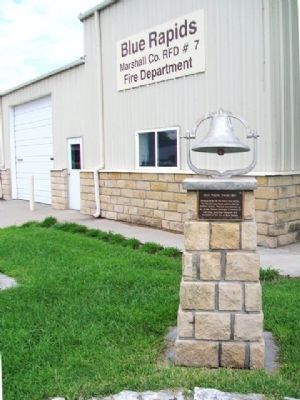