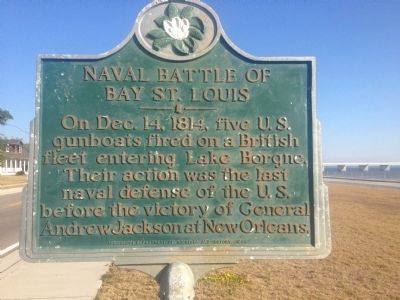 On Dec. 14, 1814, five U.S. gunboats fired on a British fleet entering Lake Borgne. Their action was the last naval defense of the U.S. before the victory of General Andrew Jackson at New Orleans.

Erected 1993 by Mississippi Department of Archives and History.

Topics and series. This historical marker is listed in this topic list: War of 1812. In addition, it is included in the Former U.S. Presidents: #07 Andrew Jackson, and the Mississippi State Historical Marker Program series lists. A significant historical month for this entry is December 1901. 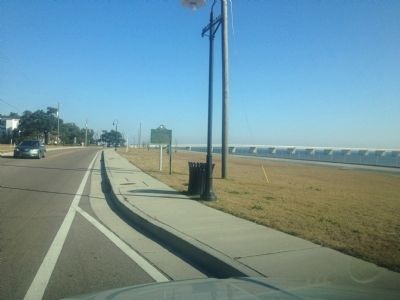 More about this marker. This marker may be missing. 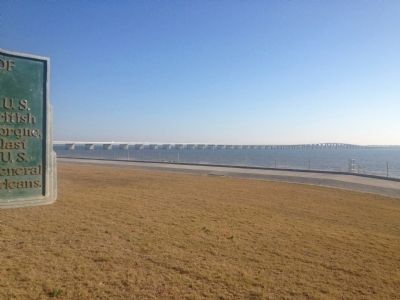