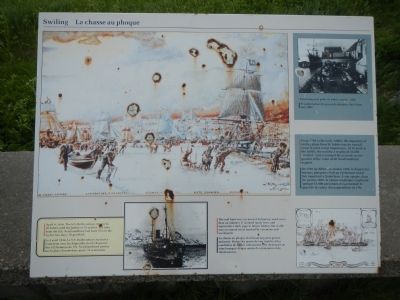 The seal hunt was, for most of its history, much more than an industry. It claimed many lives, and represented a dark page in labour history, but it still was an annual ritual marked by ceremony and excitement. / La chasse au phoque était beaucoup plus qu’une industrie/ Malgré les pertes de vies inutiles et les conditions de travail inhumaines. Elle demeurait un rituel marqué chaque 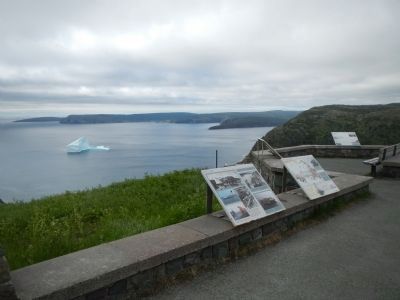 Topics. This historical marker is listed in this topic list: Industry & Commerce. A significant historical month for this entry is April 1814.

More about this marker. This marker is locate at the overlook in Signal Hill National Historic Site. 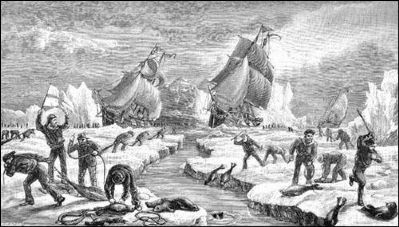 Photographed By Unknown, n.d.
3. Seal Harvest
By late winter and early spring, this coast was blockaded by local and arctic ice in most years, and with the ice came harp seals... Later, towards the end of the 18th century, the patches of whelped whitecoats became the focus of an annual spring seal hunt carried on in larger vessels. (Submitted on November 17, 2014, by Barry Swackhamer of Brentwood, California.)