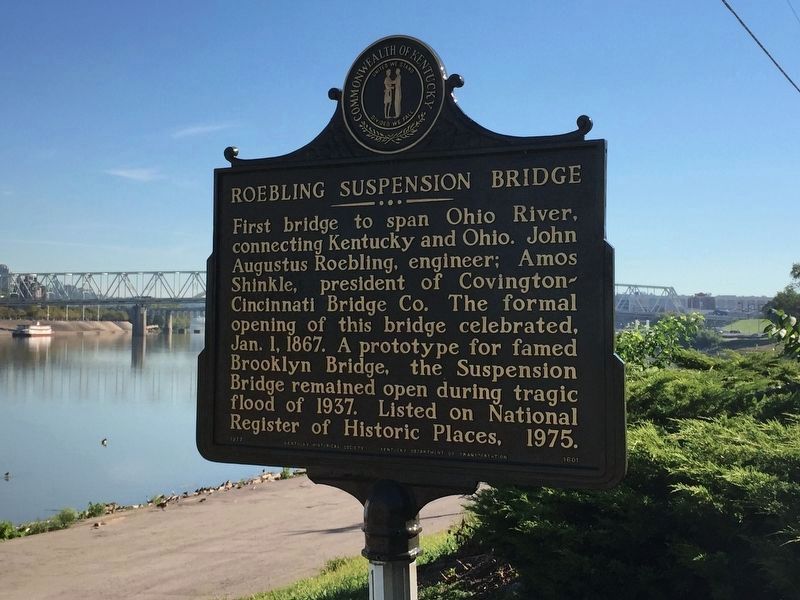 Topics and series. This historical marker is listed in this topic list: Bridges & Viaducts. In addition, it is included in the Kentucky Historical Society series list.

Location. 39° 5.452′ N, 84° 30.537′ W. Marker is in Covington, Kentucky, in Kenton County. Marker is at the intersection of Riverside Drive and Riverside Place, on the right when traveling west on Riverside Drive. on the “Riverwalk”, under the south end 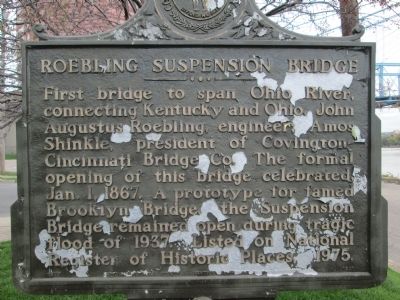 By Rev. Ronald Irick, October 12, 2014
2. Roebling Suspension Bridge Marker - prior to refurbishment
of the Roebling Bridge. on the Kentucky shore of the Ohio River in Covington, Kentucky accessible by taking Riverside Place, north off 2nd Street, to the brick pedestrian section of the Riverwalk. Touch for map. Marker is at or near this postal address: 200 Riverside Dr, Covington KY 41011, United States of America. Touch for directions.

More about this marker. In 1977 this marker replaced marker No. 620 titled “The Ohio Bridge.” 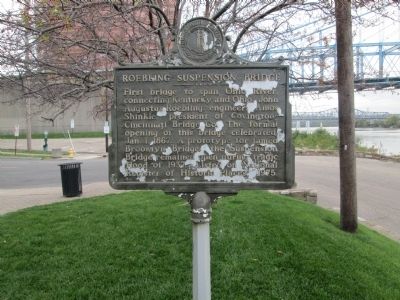 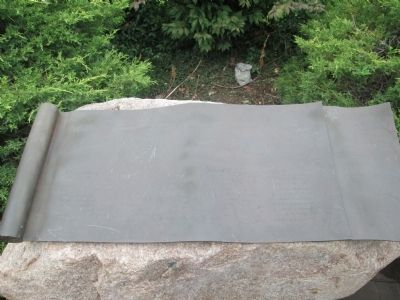 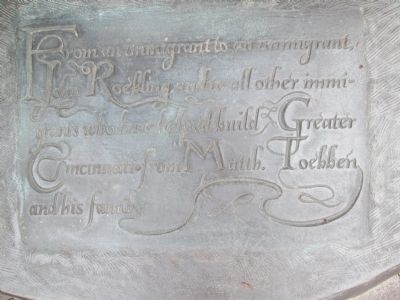 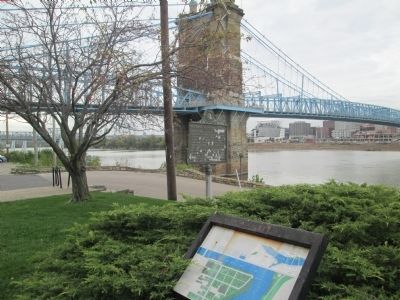 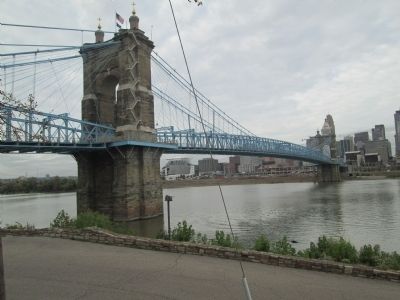 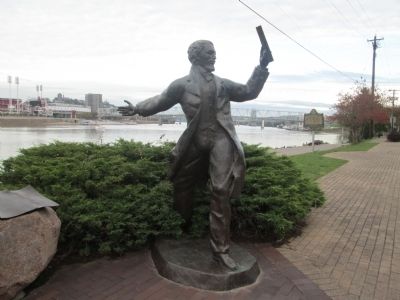 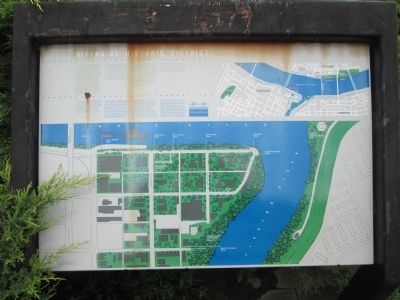 By Rev. Ronald Irick, October 12, 2014
9. Riverwalk Marker
diagram of the Riverside Historic District located next to the Roebling Statue 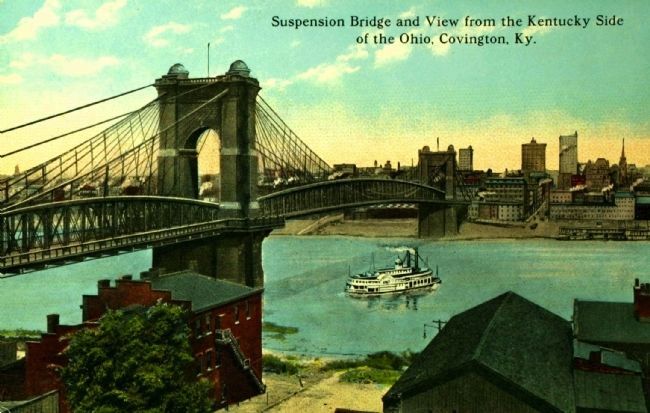