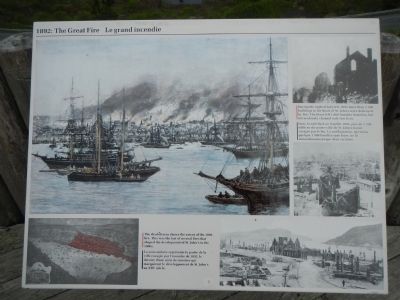 Topics. This historical marker is listed in this topic list: Disasters. A significant historical date for this entry is July 8, 1870. 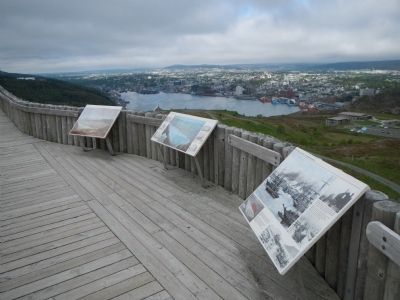 Click or scan to see
this page online
from Signal Hill Road. Touch for map. Marker is in this post office area: St John's, Newfoundland and Labrador A1A, Canada. Touch for directions.

More about this marker. This marker is located at the Saint John's overlook in Signal Hill National Historic Site.

Also see . . .  The St. John's Fire of 1892 - Heritage Newfoundland. Sizeable donations also poured in from Canada, Great Britain, and the United States. Newfoundland and Labrador Governor T.N. O’Brien was vacationing in England at the time of the fire and managed to raise $113,705 in public donations; the British government also gave $72,000. A group of Newfoundland expatriates living in Boston, Massachusetts launched a successful fundraising campaign there, which earned the Fire Relief Committee an additional $16,000. (Submitted on November 20, 2014, by Barry Swackhamer of Brentwood, California.) 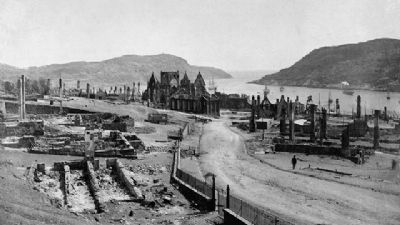 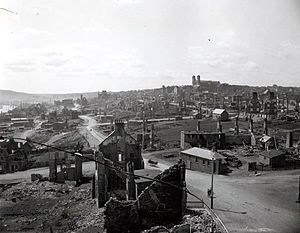 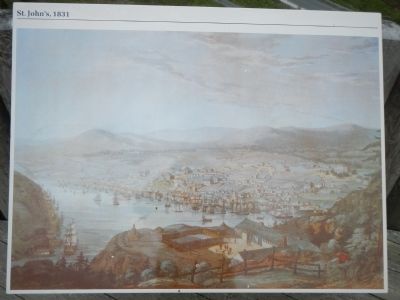